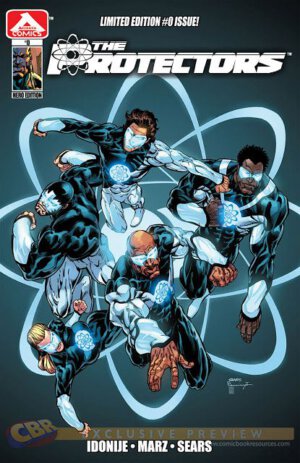 C2E2 will be the scene of the launch for Athleta Comics first title The Protectors. Created by Chicago Bears defensive lineman Israel Idonije, The Protectors tells the tale of a group of athletes who find their special abilities aren’t simply those displayed on the playing field.

Longtime Chicago Bears defensive end Israel Idonije knows a lot about heroics on the football field. Now he’s bringing that sense of heroism to his first comic project, titled The Protectors, and he has the acclaimed creative team of writer Ron Marz and artist Bart Sears with him.

C2E2, held at Chicago’s McCormick Place April 26-28, will mark the official release of the limited edition The Protectors issue #0, which is sure to be a collector’s item. Sears has created two covers for the launch, one featuring the heroes of the Protectors, and the other an extremely limited sketch cover of Idonije in his #71 jersey. Copies of issue #0 will be available for $10. Known widely for his charitable efforts, Idonije’s comic project will be no exception. Athleta Comics is donating a percentage of net sales to public libraries and to HERO Initiative, a charity providing assistance to comics professionals in need. 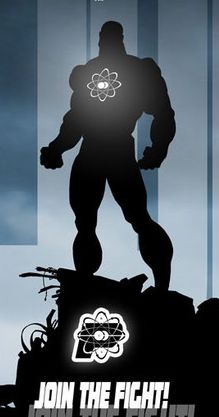 A fan of comic books since childhood, Idonije began creating The Protectors at Bears training camp in 2007, and went on to start Athleta Comics, a publishing company to appeal to sports fans and comic book fans alike. First announced at the 2012 New York Comic Con, The Protectors is Athleta’s first project – a comic series combining the worlds of sports and superhero adventure.

The Protectors are a chosen handful of athletes who learn they are blessed with more than elite athletic ability.  The narrative will grow into an epic story of cosmic proportions, with the world at stake. It’s no coincidence that Idonije is launching The Protectors in Chicago – it’s the city he loves and calls home and it is also the backdrop for The Protectors.

“This is a project of love and one of the most exciting things in which I’ve been involved,” Idonije said. “To hold the actual graphic novel in my hands has been my dream since 2007 when I literally sat down with the concept in my head and began writing it on my notepad.  It’s been a long journey and I’m excited to be sharing it with the world.”