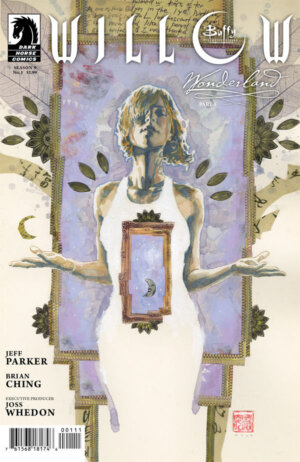 New goodies coming from Dark Horse Comics, including a new mini-series featuring Willow, my all time favorite witch from Buffy the Vampire Slayer.

Among the best-known tales in Japanese history, the legend of the 47 Ronin and their epic mission to avenge their disgraced master epitomizes the samurai code of honor. It has been said, “To know the story of the 47 Ronin is to know Japan.” Retold through the ages, the legend at last comes to comics in a meticulously researched and beautifully illustrated miniseries from Mike Richardson, Stan Sakai, and editorial consultant Kazuo Koike! Recounting this sweeping tale of honor and violence in all its grandeur, chapter one details the tragic incident that would seal the fate of Lord Asano and set forty-seven of his vassals on a years-long path of vengeance!

“Sakai’s artwork is still as stellar and simple as you know it to be. His characters own their space on the page and his composition is so effortlessly meaningful.”—ComicBookResources.com

With the disappearance of magic, Willow Rosenberg lost the very thing that made her tick. Armed with Buffy’s broken scythe, and fresh off an adventure with Angel and Faith, Willow is ready to find a solution on her own terms. The world can’t live without magic—and neither can she!

* Willow brings magic back to the Buffyverse!

Declan Thomas’s body temperature is dropping. He never gets sick, never feels pain. An ex-inmate of an insane asylum that was destroyed in a fire, he has the strange ability to step inside a person’s madness and sometimes cure it. He hopes to one day cure his own, but time is running out, because when his temperature reaches zero . . . it’s over.

* From the creative team behind the Falling Skies comic!

* A new horror comic in the vein of Locke & Key andPreacher.

Dark Horse horror gets under your skin!

After Cal McDonald’s recent resurrection into the world of monsters, he’s back to his old game: solving crimes involving creatures that go bump in the night. After a political candidate is mysteriously decapitated on live TV, Cal teams up with his ghoulish sidekick Mo’Lock and an LAPD detective to find out who the culprit is . . . and if it’s connected to the brewing war of darkness.

* Leads into the epic 30 Days of Night crossover!

“Criminal Macabre has pressed all of my pleasure buttons and has turned me into a smile-faced, gushing fanboy jumping up and down repeatedly while clapping my hands in glee.”—Comics Bulletin 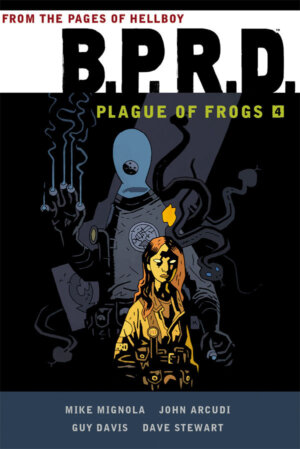 A story that began in the first issue of Hellboy concludes with the B.P.R.D. team set to permanently wipe out the subterranean colony of frog monsters. The team tracks down Memnan Saa’s hideout, but soon find themselves in over their heads when old enemies like the Black Flame arrive to lay waste to the world.

* From Hollow Earth to King of Fear—the entire war on frogs in four volumes!

The end of the Frog War!

From the creators of Mutant World!

Ragemoor! A living castle, nurtured on pagan blood, harborer to deadly monsters! A fortress possessed of its own will and ability to change itself, with the power to add and destroy rooms and to grow without the help of any human hand. Its servants aren’t human, its origins are Lovecraftian, and its keeper must fend off the castle walls from the terrible race of worm men! Collects the four-issue miniseries.

“Richard Corben and Jan Strnad are like the Jack Kirby and Stan Lee of post-EC monster comics, responsible for classics like The Last Voyage of Sindbad and Mutant World. To see the two of them back together and a project like this is just exciting as hell.” —Mike Mignola

“Mr. Richard Corben… a genuine giant of his chosen medium.” 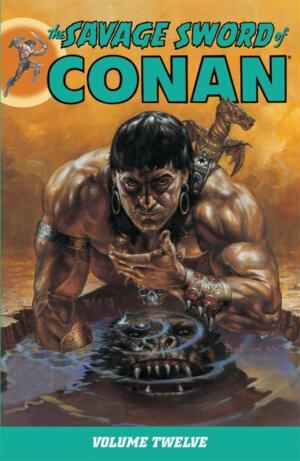 “I side with myself.” The fierce reputation of the barbarian warrior Conan grows throughout the lands of Hyboria, with kings and conquerors alike willing to pay a fortune for the fearsome Cimmerian’s broadsword. But when warring factions are both willing to secure Conan’s services, they discover that they can buy a mercenary’s blade but never his allegiance. Collects Marvel’s The Savage Sword of Conan the Barbarian #121-#130.