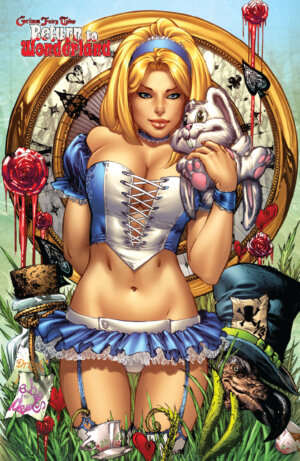 Lionsgate has signed an agreement with Zenescope Entertainment to for the television rights to the Wonderland series of comics. A live action series will be produced, but who will pick up the show remains to be seen. To remain true to the mature nature of the popular comics and graphic novels, the show would seem best suited for cable. However, a tamed down but still darkly entertaining show on broadcast network television wold be just as welcome.

New to the Wonderland Stories from Zenescope? Return to Wonderland continues the story of Alice Liddell. Who is no longer the little girl you once knew. Years have passed since she took the trip down the rabbit hole into Wonderland. A grown woman now with a husband and kids of her own Alice has everything a person could want. But all is not right with Alice. Not right at all. Now Alice’s daughter Carroll will be forced to take a journey not for the faint of heart. A journey into a realm of malice and madness. A place where the story of Alice was only the beginning. You’ve never seen Wonderland quite like this.