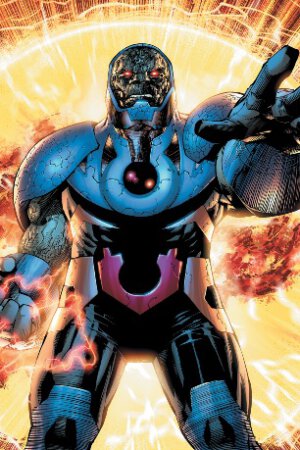 According to Diamond Comic Distributors, Marvel led with 39% of comics sold in February. DC followed with 35% and then the big drop off to all of the others follows. Rounding out the top five was IDW at 6%, Image at 5%, and Dark Horse at 4%.

What I find interesting is that DC Comics had all of the top ten comics sold for the month. DC’s top comic at #1 for the month was Justice League #6. In this comic the Justice League is finally united against Darkseid. In this wrap of the arc you’ll find a battle promising to affect the series for years to come.

Marvel makes its first appearance on the list at #11 with Uncanny X-Men #6. Cyclops and his team delver further into a world where evolution has run rampant. A new foe is revealed, who show the X-Men just how out of date homo superior really are.

Dark Horse’s top comic was Buffy the Vampire Slayer Season 9 #6. In this issue, the uptick in the Zompire (Zompires, sweet) population has the SFPD on Buffy’s trail again, but this time they need her assistance. However, Detective Dowling must settle for a little help from the bleached-blond vampire Spike, as Buffy has become distracted by a rather personal problem that will lead her to Robin Wood.

IDW’s top comic was Magic the Gathering #1. This debut issue, based upon the most popular CCG in history, tells the story of a new Planeswalker in town. In search of greater magical knowledge and on the hunt for the people who destroyed his town, Dack Fayden is the greatest thief in the Multiverse.