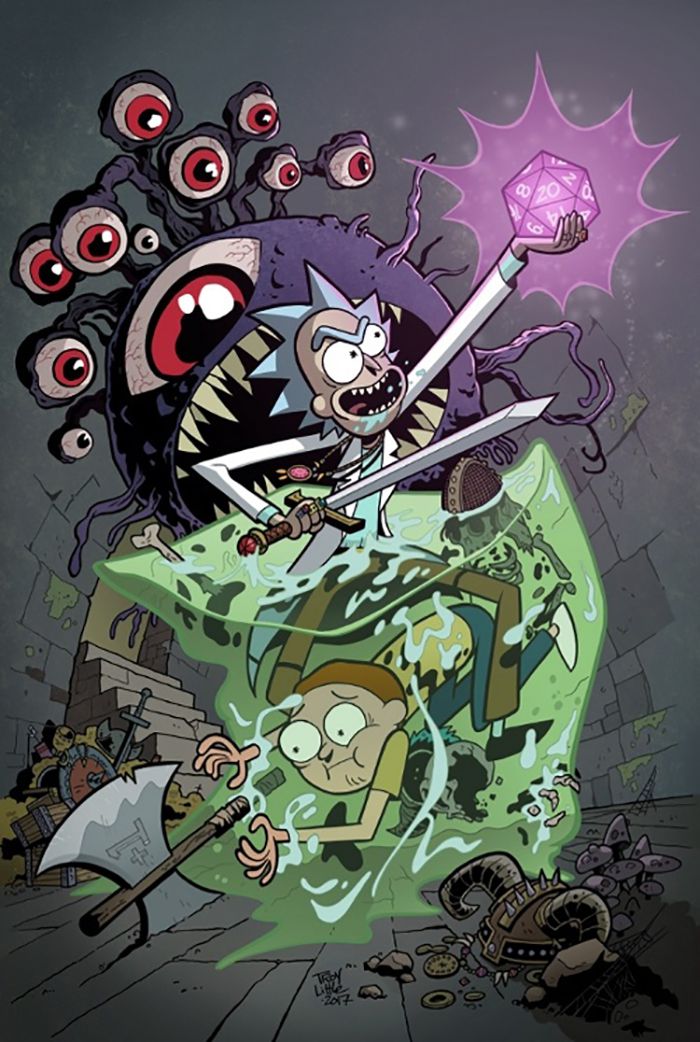 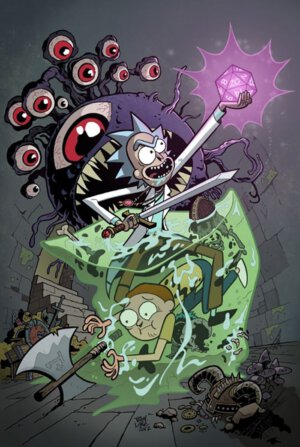 A strange comic book crossover is about to take place this summer and it just may be genius. IDW Publishing and Oni Press are teaming to mash up the hit Adult Swim series Rick and Morty with the legendary RPG Dungeons & Dragons. The series will run four issues and launches this August.

Announced at C2E2, IDW, in partnership with Oni Press, is bringing two of the most popular properties in the world, Adult Swim’s hit series Rick and Morty and Dungeons & Dragons, together in a brand-new four-issue comic book series. Taking the reins of these two iconic properties is the superstar creative team of writers Patrick Rothfuss (The Kingkiller Chronicles) and Jim Zub (The Avengers, Wayward) along with Eisner-nominated artist Troy Little (Hunter S. Thompson’s Fear and Loathing in Las Vegas).

Debuting this August, the mini-series will throw Rick and Morty into a high-fantasy adventure blended with the wit, humor, and intelligence the show is widely celebrated for.

“I love Rick and Morty with a powerful love, and I’ve played D&D since the 5th grade,” said Patrick Rothfuss. “So when they approached me about writing a story with both of them together? That’s some serious you-got-chocolate-in-my-peanut butter $#!& right there. I’m in. I’m all the way in. I’m gettin’ that chocolate all up in the peanut butter. Like, deep in. All the way in. It’s going to be sticky and delicious.”

In this summer’s biggest comic book crossover, Morty goes to Rick for help to learn about Dungeons & Dragons, the game all the cool kids at his school are playing; naturally, things go horribly wrong as Rick, Morty, and the whole Smith family find themselves on an epic quest with no escape in sight.

“The Dungeons & Dragons crew is letting Pat and I open a Pandora’s Box of insane adventure material and iconic creatures from the granddaddy of all tabletop role-playing games,” said Jim Zub. “I wish I could say we’ll take good care of it, but, the simple truth is, this is Rick and Morty we’re talking about. No fantasy world or otherworldly plane of existence is safe.”

Each issue will feature variant covers that fans of both series will love, including character sheets, and more! 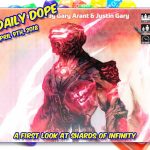 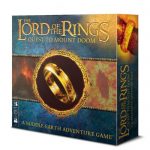