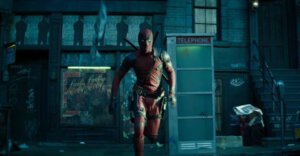 Those who haven’t seen Logan in theaters have been searching the web to find the Deadpool 2 teaser “No Good Deed” which accompanies the film. Rather than viewers being stuck watching grainy cell phone footage of the Marvel anti-hero, Ryan Reynolds has released the three plus minute NSFW trailer in all it’s glory. While there’s no definitive release date yet, we do know to expect the sequel to the smash hit to arrive in theaters sometime in 2018 from 20th Century Fox.

There are gags aplenty in the teaser and I especially love the use of John Williams’ Superman theme!