If you want to spend free time at home but also need to make this evening special, then you can look through betting odds or read comics. There are lots of options for adults. But what if you are a teen and also want to dive into the world of graphics? In this case, these books are your choice. 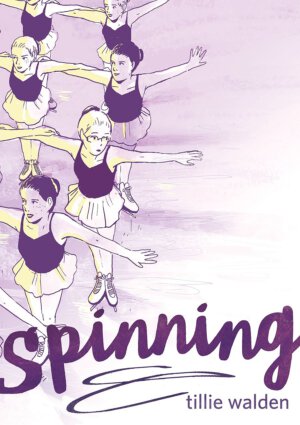 Tilly Walden’s autobiography is the story of the author’s 12-year relationship with figure skating. But it is not about sports drama. There is almost no mention of accomplishments or awards here at all. Rather, the sport here is the framework on which everything familiar in Tilly’s life is held together. Through sports she communicates with her mother, makes friends, gets happy and upset. Giving up sports means taking away her footing, starting all over again. Better doesn’t mean familiar, Walden says. After swapping skates for a pencil, she’s created several great graphic stories in six years and has won the Eisner Award twice.

Joe is a regular guy. His world is school, sketchbook, bullies, and diabetes. A few shots a day plus a candy bar, and he’s a superhero. One day one element falls out of the equation, and the boy slips into a hypoglycemic coma. Only a bottle of Coke can save him, the journey to which will be compared to Bilbo’s journey to Lonely Mountain or the Bone Brothers to their native lands. All his toys come to life, the house turns into a eerily strange kingdom, where you can find plumb gnomes and scholarly monks bound by a vow of cowardice. All these lands threaten to be devoured by the terrible Lord Death, who fears only one thing: the Dying Boy of ancient legend. On his journey the hero is accompanied by seven white rats from an ancient barbarian race, the Knights of the Electric Light and Batman. 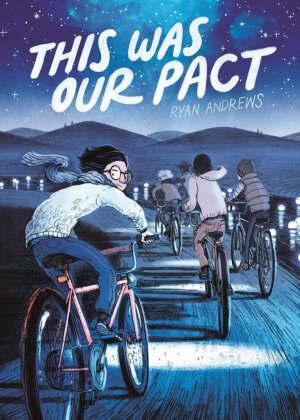 This Was Our Pact

Nothing is more important than a youthful promise. On the eve of the Harvest Festival, five friends vowed to find out for nothing where the lanterns they and their families float down the river actually go. Do they become stars in the sky, get lost in the ocean, or prosaically end up at the bottom of the river? All they have are bicycles and rice cookies, but they have a great adventure full of unusual animals, such as talking bears, terribly intelligent dogs, and huge crows. This is the story of how friendship is born. Ryan Andrews’ first major work was a sensation. Ryan does a good job of combining a sense of coziness and unease, and that’s worth the price of admission.

The story of the relationship between the school bully Sey and the deaf-mute Nishimiya began like thousands of similar stories. The bully played his part, the girl endured. This went on until her abuser was himself a victim of bullying. Seiya saw himself as a monster and decided to change and try to right the wrongs of childhood.