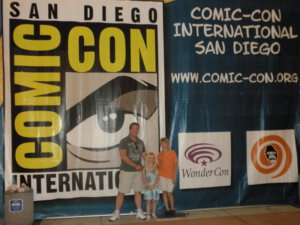 Well, San Diego Comic-Con 2012 is over *sniff* *sniff* and it’s taken me this long to recover and sit down and write this. This year’s not so secret invasion of San Diego was bigger and better than ever! I have to take my hat off to Hollywood on this one (and I don’t even wear a hat, EVER). Since the film and television industry has moved in, it’s been like a burst of gamma radiation! The con has grown so large that the San Diego Convention Center can no longer contain this monster! Its immense size and scope is actually hard to put into words. If you’re any type of fan of pop culture then making a pilgrimage to this “geek” Mecca is an absolute must. Before, when I said that this was an invasion of San Diego, I wasn’t kidding! There were so many festivities held outside the convention center, you could enjoy two or three days of the con without ever actually being a badge holder!

The largest and maybe the least visible of the outside festivities was the Walking Dead Zombie Apocalypse that took up most of Petco Park – where the San Diego Padres play. That’s right, they converted an entire baseball stadium into the world of the Walking Dead, for a hefty fee of $75.00 per person that is… Most of the hotels in the area of the convention center all hosted events, the bars in the Gas Lamp District held parties including one hosted by my hero, Stan Lee. Even the normally empty store fronts and lots where taken over by major companies like Yahoo and Dodge. Then we get to the booths and events inside the convention center! 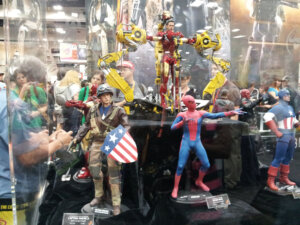 Let’s start with the comic book dealer area (I mean it is called Comic-Con for God’s sake). It’s sad to see that the Con’s original purpose has now become the smallest area of the show. In past years you would have been lucky to fill a ballroom at the Holiday Inn with the amount of comic book dealers that participated in San Diego. I was happy to see that the dealer section seemed to grow this year as many of the countries largest comic stores all had booths, like my good friends at Graham Cracker Comics from my home town of Chicago.

Then there was the comic book companies like Marvel, DC, Image, Dark Horse and so on. These booths all gave away free swag, so you needed to stop by! Seriously! But the big daddy, the one you must drop everything to attend was the Marvel booth! Marvel puts on their famous Free Marvel Giveaway Hour at every show they attend (not just Comic Con) and believe me it’s well worth it! They gave away every thing from variants, posters and shirts to statues and busts! Same thing with Sideshow Collectables: twice a day they handed out tickets for their big giveaway drawings. Oh, by the way, thanks a lot Sideshow! You called the numbers on both sides of my ticket, so I missed winning by one number twice in one giveaway drawing! 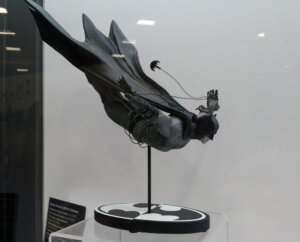 Over at the DC booth, you could find a preview of the new DC Collectibles line of statues and busts with an emphasis on Batman and Dark Knight Rises. My personal favorite?  Free falling Dick Grayson as Batman by Jock. And speaking of the Dark Knight Rises, there was more than one booth promoting the new Batman movie, of course no one had a bigger display than Warner Bros. with a whole section dedicated to the new film. Some of the other films being promoted where Superman: Man Of Steel, Judge Dredd, The Expendables 2 and the new James Bond Film, Skyfall. Listen, I could go on and on about the panels, the events, and the parties, but the point that I’m trying to make here is no matter what comic book, pop culture or gaming convention that you’ve ever attended, there is nothing like the San Diego Comic-Con! So when they announce the dates for 2013 you best clear your calendar and get yourself a ticket, because it’s an experience you’ll not soon forget! 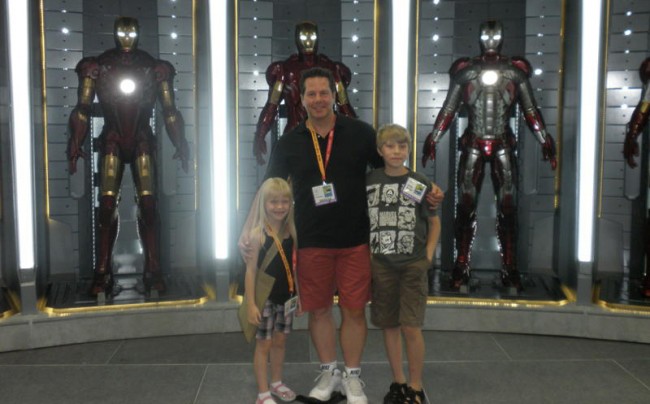