Comic Book Resources have shared an exclusive look at The Walking Dead: The Governor variant which will be available only at the Emerald City Comic-Con running March 1st – 3rd in Seattle, WA. The special green foil variant’s art is provided by series artist Charlie Adlard while the comic is limited to 1000 copies carrying a $10 price tag at the show.

The stardard edition of the one shot special was originally planned to hit shelves March 6th release but, hot on the heels of The Walking Dead’s return on AMC this Sunday, Image Comics and Skybound Entertainment moved the release up to February 13th. The Walking Dead: The Governor features the first appearance of the vile madman as well as a short story which originally appeared in the 2012 Comic Book Legal Defense Fund Liberty Annual. 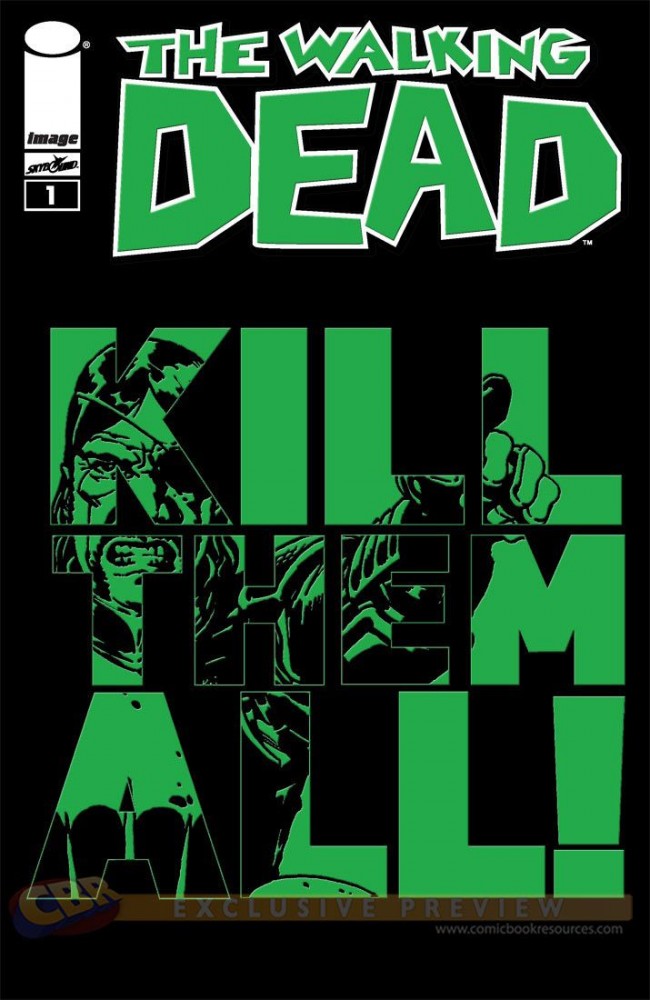