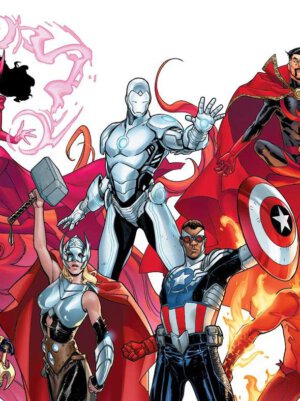 In moves which are sure to piss off some Marvel fans, over the last few days the publisher has announced a whirlwind of changes to to two of their core comic book heroes. In a Tuesday announcement on ABC’s the View, Joe Quesada revealed as of October Thor would no longer be a male character as a woman shall now wield Mjolnir as the God of Thunder. On Wednesday, Quesada appeared on The Colbert Report to announce, come November, Sam Wilson will take on the mantle of Captain America; Wilson is better known as Falcon – one of Marvel’s earliest African American superheroes. A third, less radical announcement, is imminent as Tony Stark will sport a new armor design this November as well.

As a comic reader, but one who’ll peruse the wide gamut of publishers, I don’t have issues with any on the changes Marvel has planned. Personally, I’ve always looked at any reboots or radical departures in comic characters in the light that these are properties owned by megacorps and whatever these faceless industry giants wish to do is well within their right. Folks tend to forget these aren’t the 1950s and 60s anymore, with publishers looking to push the envelope and provide their readers with mind blowing tales, but the 21st Century as final decisions are made by people – who have absolutely no interest in comic books – regarding your reading material based solely on establishing movie and merchandise franchises in which millions and billions of greenbacks are at stake. 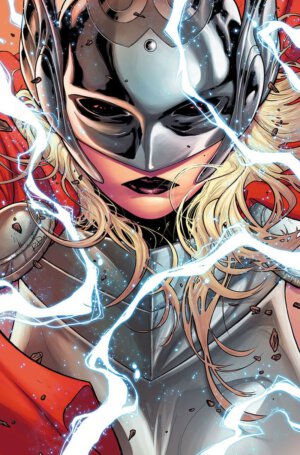 The most successful comic book series sells approximately 90-100,00 copies whereas even the most lackluster comic based film will be seen by tens of millions of moviegoers. The painful truth is the individual reader isn’t the main concern of Marvel, DC, or a handful of the larger comic publishers. In the end the consumer can simply vote their wallet to show their approval or displeasure. As much as you and I may feel great affinity for our beloved four color characters we only can claim ownership of what’s come before and not the future direction of titles we love. If a publisher does something you’re not overly happy about I can guarantee there are at least ten other titles out there you haven’t experienced which are more than deserving of your attention and your hard earned ducats.
What I have a major issue with is the amount of pure hatred and venom announcements like these recent developments at Marvel tend to germinate from the fan community. When Marvel killed off Peter Parker, writer Dan Slott received death threats. The female Thor announcement garnered Marvel editor Ryan Penagos with a homosexual slur and a wish for him to contract cancer. I can’t even imagine what uproar the news Captain America will be black is currently generating. Hell, my heart goes out to the women who work in the comic industry because many of them are threatened and harassed on a daily basis by way of the interwebs. Simply due to their gender… 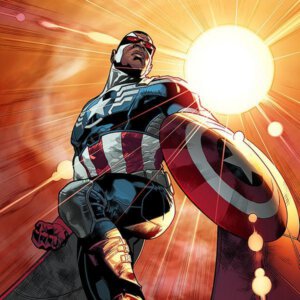 I know the nutbags are a very small portion of the fan community but this sort of behavior is intolerable and should be stamped out at every level. We’re talking about comic books for Christ’s sake, and if someone is so wrapped up in these fantasy worlds so that any change to the status quo (or even the simple existence of something they dislike) drives them to wish pain and suffering on any other human being that someone needs to, at least, take a step back and take a deep breath to realize comics are filled with fictional characters or, at worst, go see a headshrinker to straighten out the priorities of life. Venom and bile have no place in a hobby which is devoted to fun and escape from the daily worries of this world. You’ll never know if the next creator of something wonderful and magic might call it a day because of some imbecility directed their way. All it might take is one jackass to deprive the world of something great.

Anyone who’s followed the comic book industry for any length of time already knows odds favor that within the next year or so Thor will once again be a man, Steve Rogers will be Captain America, and Tony Stark won’t be such a complete dick (as rumors are swirling The Superior Iron Man will be a rather unlikable character) but his new armor may stick as the Marvel Universe returns to the status quo. You see that’s one of the problems the Big Two are shackled with; any major changes to the core heroes and villains of the universes is usually undone within twelve to eighteen months. Superman didn’t stay dead, Captain America bested death, and even Bucky Barnes returned from the grave. If your favorite publisher does something you can’t stomach just take a break and read something else because as sure as the sun is going to rise tomorrow in the east, in comic books, the more things change the more they stay the same.