It’s a little light this week as far as Zenescope Entertainment releases but the good news is what will hit stores are two trades so you’ll have plenty of reading ahead of you! 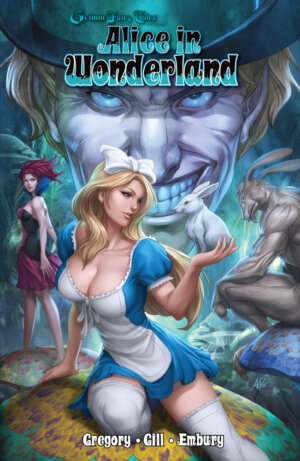 Alice in Wonderland TPB (already released as a hardcover)

Decades ago, a girl named Alice was sacrificed into the horror-filled realm of Wonderland but her terrifying and awe-inspiring experiences there have been shrouded in mystery.  The one thing known is that her time spent in a world full of insanity left her a broken adult.  However, her courageous will to survive is what ultimately saved humanity.  Now the story of Alice’s visit into Wonderland is fully revealed and the truth of the terror will be told in full!

From Raven Gregory, Ralph Tedesco and Joe Brusha, the same minds behind Grimm Fairy Tales and Return To Wonderland comes the newest series that Zenescope fans have been waiting for.  What every Zenescope fan has been waiting for is finally here!  Follow Zenescope back down the rabbit hole and find a world of madness like you have never seen before! 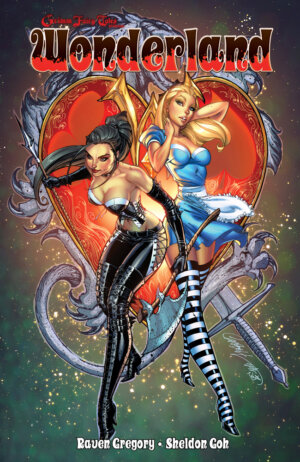 Wonderland returns with full force as Calie Liddle and her daughter, Violet, continue to hide from the very madness that still might be searching for them.  But how long can they hide before having to face what they fear most?  While Calie fights to protect her only daughter from danger, the Queen of Spades bides her time in Wonderland as she builds an army to finally take control of the realm and destroy the Queen of Hearts. Meanwhile, a new Mad Hatter has been born and he’s not what anyone sees coming!

From the writers and creators who brought you Zenescope’s original Wonderland trilogy comes a whole new world of madness like you’ve never seen before.  Don’t miss this epic trade paperback which collects Wonderland issues 1 through 5!