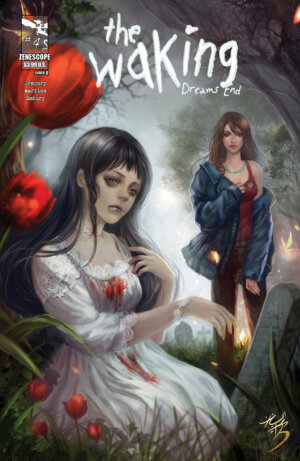 Here’s the comics you can expect from Zenescope Entertainment over the next few weeks, some good stuff coming down the pipe.

Vanessa has finally tracked down the man responsible for the killings only to find herself captured by the killer himself. Now trapped with little to no options will Vanessa find some means to escape or will she too fall victim to the monster. But even if she does survive she will still be forced to confront her greatest fear. Madison Raine. The stunning conclusion to the series that redefines the zombie genre is here.

Mowglii finally comes face to face with Shere Kahn, the creature responsible for the death of Mother Wolf. And only one of them is leaving alive. The epic conclusion to the beautifully illustrated hit series that reinvents the ageless Jungle Book tale is here and you don’t want to miss it!
Call of Wonderland #4
Written By Dan Wickline

Julie and Salome find themselves transported to Wonderland where they come face to face with the rage of the Red Knight. With the fate of the world hanging in the balance two girls must defeat the Red Knight before he lets his madness loose onto the world. But will the price they pay be worth the insanity that will become their destiny. Witness the creation of the all new Queen of Hearts in this not to be missed conclusion to the mini-series that ties directly into the new Wonderland ongoing. 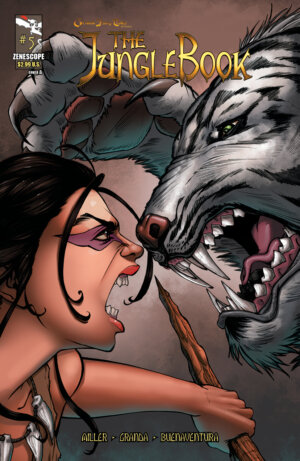 Allen Keeg has learned first-hand just how far women will go to be with him and lengths they will go to make him their own. Finally driven to a point of no return Allen begins to search for the gypsy witch who cursed him in an attempt to remove his power before it’s too late.

What happens when the most evil and powerful female characters in the Grimm Universe join forces? You’ll find out in this new miniseries that brings together an all star cast of girls that were born to be bad. Baba Yaga, the Goblin Queen, and the Queen of Spades are a titanic trio, but there may be something that stop them in their quest for power…Don’t miss the baddest series in the history of Grimm Fairy Tales. 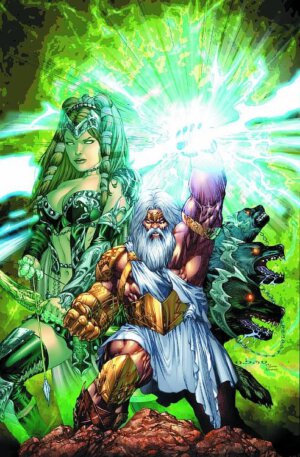 And Coming Soon is Godstorm #0. A brand new series straight from the Grimm Fairy Tales Universe. The Highborn Gods of old have been biding their time, waiting for the right point in human evolution to make their return. Some have waited with nothing but good intentions and the desire to help the people of earth. But not all the deities from the past have such altruistic plans. One fallen god has set her sights on a much loftier and more sinister goal…the enslavement of all mankind.

Issue #0 sets the stage for the war to come, and gives us a peek into the mind of Zeus. What happened to the gods when we stopped worshiping them? We’ll some of them are mad, and are tired of sitting around. Things don’t look good for mankind.