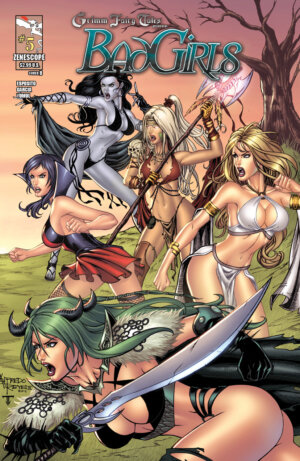 Coming next week to a comic shop near you are some great new releases from Zenescope including the finale to the Bad Girls Mini-Series and Zombies!!!!

This is it! The final knock out battle between the forces of good and evil! The Bad Girls of the Grimm universe versus the forces of Good with the fate of the world hanging in the balance. Don’t miss out on the issue that sets the stage for the evolution of the Grimm Universe.

“The Summoning” story arc continues here! Sela, Samantha and Red Riding Hood race to prevent the ritual from being completed, but even their combined powers may not be enough when the trio finds itself face to face with Cindy, the Sea Witch, Venus and the Beast!

Meanwhile, as Helios is finally set free on Earth, his uncontrollable power and rage will finally be unleashed. Don’t miss the issue that begins the evolution of the Grimm Universe!

The hit series that redefines the zombie genre returns! Years have passed since the vents of The Waking took place. Murder has become practically extinct in a world armed with the knowledge that those who are murdered will return from the dead to take the loves of those guilty. But within a new world comes a new kind of killer. And he must be stopped! From the writer and creator of the Wonderland trilogy and FLY comes a return to the horror that never sleeps. 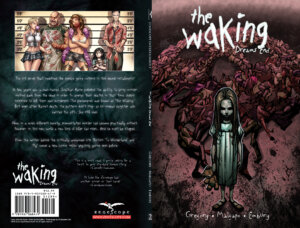