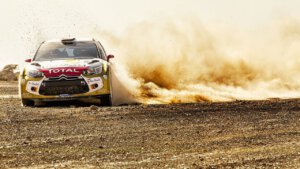 For most serious gamers, the end game is to go pro, with an Esports team taking note of your stats and capabilities, ready to sign you up and introduce you to the world stage.

However, there are some gamers who become so good at what they do, that they transcend gaming altogether, transitioning into the real world, where their lightning-speed reactions help them become genuine sports stars.

Here are some of the racing games that have helped gamers break into the playboy lifestyle of professional motorsports.

This was the game that opened the eyes of the motorsports establishment as to what was possible when it comes to recruiting new driving talent.

In 2011 Jann Mardenborough qualified ahead of tens of thousands of other online players to earn himself a seat in a real Dubai 24 Hours race, which subsequently launched his career. He now drives in the Japanese Super GT series and still harbors hope of becoming an F1 driver. Even though Mardenborough makes his living offline these days, he still races online in the Gran Turismo Sport e-Series, after all, even once you hit the big leagues it’s nice to stay on top of your online game. Of course, to replicate Mardenborough’s success online, you have to have the relevant skills. So if your abilities lie elsewhere, there are other online games such as poker or 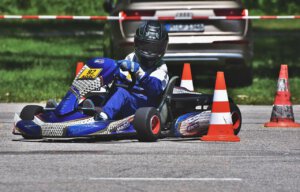 blackjack where you can make your mark. There are even platforms that allow you to pick up a bonus and learn the ropes before you step up to big leagues and face top competitors.

If you prefer your racing action off-road, then these two rally games are perfect, and such is the true-to-life accuracy of the gameplay that pro drivers are using their platforms as training simulators.

Indeed Dirt Rally 2.0 WRC was even developed by pro racer Jon Armstrong, meaning everything from co-pilot instructions to paddle-shift gear changes are on point.

Formula 1 teams and the F1 organization itself are at the forefront of helping online gamers become the racing stars of tomorrow.

The recent success of current F1 pros racing against online players in the Formula 1 Esports Series has been huge, with many teams now boasting their very own online-dedicated team of drivers, many of whom regularly now transition over onto tarmac. Igor Fraga and Cem Bolukbasi are two such young racers who have made the leap from online to offline. Will you be the next driver to follow their lead? If so, you would be wise to get your hands on a steering wheel and start practicing as soon as possible.

Tomb Raider, One of the Most Legendary Games Created