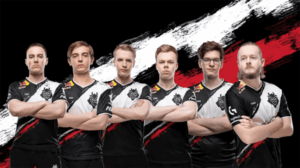 875 days. That’s how long ago it was when Fnatic last beat G2 Esports in a best-of-five series as part of the League of Legends European Championship series. That’s a long time between two teams in any eSport, nevermind when it is between two teams who are known for having such a fierce rivalry. But the curse is finally over after Fnatic took a 3-2 win in the Summer Split semifinals.

Don’t be confused, Fnatic has beaten G2 Esports since then, but only in single matches, not in a best-of-five series. That was until this semi-final, which ended the run that coincidentally started when Caps swapped allegiances between the two sides.

Fnatic were by no means favourites going into the tie, partly due to the length of the losing streak they were on, and such a streak potentially having a negative psychological impact on the team. But not everybody wrote them off and there were some who believed this to be Fnatic’s time to shine, and it could be worthwhile listening to some of those tipsters if you’re a betting person, for example, Adam Boothe releases daily picks on SBR.

Getting back to the matchup, it was a bit of a scrappy affair between the two sides. The closely fought contest saw a lot of back and forth between both Fnatic and G2 Esports in terms of objectives and kill trades. But it was ultimately Fnatic who came out on top of the series with a 3-2 win that took them on to the LEC Summer Split finals, which viewers can tune in for as it gets played online on September 5th, 2020.

The final game of the contest actually peaked in terms of viewer numbers for the LEC Summer Split reaching just under 900,000 viewers, as people tuned in to see a closely fought battle that lasted 42 minutes. It was touch and go for a short while, with each team pushing the other to breaking point, but Fnatic were the ones who managed to push into the enemy base with the help of Caps to take the final game and the series, ending their 875-day losing streak in the process. A fitting way for Caps to help end the jinx that began when he transferred to Fnatic.

The winners will now face the winner of Rogue vs Mad Lions in the LEC Summer Split finals, which looks to be another exciting match up as part of the Summer Split series. And Fnatic will be looking to go all the way against whoever they face after the display they put on against G2 Esports which put their run of bad form and luck to bed.

It’s not all bad for G2 Esports though, as despite losing they, along with Fnatic, have qualified for the League of Legends World Championship. Which will be taking place in Shanghai, China after the Summer Splits have finished. Unless we potentially see more COVID 19 outbreaks that delay more esports events as happened earlier on in the year.

Still, they will be disappointed in the result of the best-of-five series against Fnatic, especially having not lost against their rivals in such a long time. But it was not to be. Still, they have a chance to qualify for a spot in the finals, as long as they manage to win their round in the loser’s bracket. Which is sure to be another closely fought contest.

It won’t be that long before we see these two titans going head-to-head again soon though, and we’re sure that it will be yet another impressive display from both sides. Who knows, maybe they could even meet up again in the Summer Split finals if G2 Esports win the loser’s bracket round.

If they do meet, and Fnatic win yet again, it could even start rumors that it is the start of G2 Esports’ own losing streak. However, whether we’ll see something like that streak of Fnatic’s again is unknown, but what we are sure of is that they’re bound to be close contests whenever these two do face up, and it’ll be sure to be a matchup that viewers in the thousands will be tuning in for.