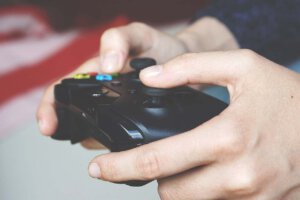 The Resident Evil world has been a favorite with fans for many years, and the new Resident Evil Re:Verse offers a PVP type game that uses characters from the different games in this franchise. Players choose to play as one of their favorite survivors or as powerful zombies. Continue reading to learn how to play.

Anyone who wants to play open beta needs to make sure that they have a compatible platform. You can use any of the following:

Any of these platforms are compatible and can be used to access the Open Beta. You need to create a CapCom account, which will give you a CapCom ID. Then, you will receive access to the open beta. You can play it until the game releases on May 7, at which time you can purchase the game.

What Is Resident Evil Re:Verse?

This game is a part of a celebration of Resident Evil’s 25th anniversary, and it will be released alongside a new Netflix movie called Resident Evil Village and a live action film, Resident Evil: Welcome to Racoon City. This franchise can be seen in many different parts of the entertainment industry, including casino games. There is even a slot game called Resident Evil 6, which was released in 2019 by SkyWind Group.

In the game, you have deathmatch battles for four to six players, and the different characters and maps all come from different games in the franchise. They have some room to improve, though. These maps and the shooting mechanics of the game were not originally made to accommodate a multiplayer game. However, you get an opportunity to see how you like it, and the beta testing should lead to a smooth launch of the full game.

Versions of the Resident Evil Village demo are available on multiple platforms, including PC, PS4, PS5, Xbox One, Xbox Series X|S, and Google Stadia. It gives players 60 minutes to play parts of both the castle and the village levels. There are specific windows of opportunity for these demos. You should be aware of the following:

You can preload all three of the demos for Resident Evil Village. If you have the PS4 or PS5, it is already available. If you want to preload the multiplatform demo, it will be available April 29 at 8 pm. The demo versions are only available for a limited time, so it is a good idea to preload it.

The Resident Evil series has been a favorite among fans for many years. This year, it celebrates its 25th anniversary with the release of several movies and the Resident Evil Re:Verse release. If you want to play using maps, characters, and zombies from all of the series, this is the game for you. It is out for the open beta test, and it will be available for purchase in May. The Resident Evil Village is also available for demo now, and will be released in May. Fans of this series have a lot to look forward to in the coming months.

Atlas of Fantastic Worlds is Up on Kickstarter