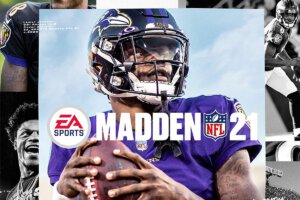 Electronic Arts – EA, the owner of the exclusive rights to produce NFL simulation games, is preparing for Madden NFL 21 worldwide launch. The new installment of the franchise has been in pre-order since June 2020. In the second week of July, EA started rolling out the ratings for all rookie quarterbacks. Wide receivers are second on the line.

Madden NFL is a massive game with lots of details and rules. Real football lovers, who are deep into it, do not mind the extra homework. Are you one of them? If you want to learn more about your beloved sport, have a look at this football odds explanation and discover a new dimension.

On the EA website, players’ ratings are being released a segment at a time. More disclosures, planned from July 13-17, will also be shared on Get Up, SportsCenter, FirstTake and NFL Live. The franchiser seems to have woken up after Madden fans criticized the lack of substantial changes in the new installment. EA sports had published a list that included only minor fixes. Disgruntled players then čauncherd a #FixMaddenFranchise tag that trended number one on Twitter on July 1st.

Their voice was heard. EA released a video responding to the criticism and promising new additions to the upcoming release. How much they will accomplish remains to be seen, with little more than six weeks available before the announced launch date. Competition could take advantage of Madden’s weakness. EA has renewed its exclusive rights by signing an extension of its contract with the NFL last May. But there is a catch 22, since the exclusive rights cover simulation only.

NFL 2K5, the historic game by ESPN, is still around and has a base of die-hard fans. ESPN signed a new contract with the NFL too, though for now they are limited to the arcade market. Competition, as usual, is good for consumers. Electronic Arts have spelled out a long list of features and bonuses they are offering to buyers of Madden NFL 21. Here is the official list of advantages that come with pre-order:

NB: The MVP Edition is only available in its digital version.

Why You Should Play Online Video Games Using PCs