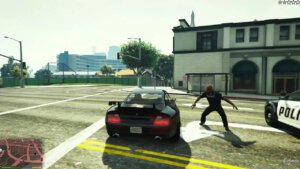 Video games graphics play a critical role in enhancing the gaming experience. As a result, game developers continue enhancing the graphics of the games that they release year after year. Any gaming hobbyist knows that a newer version of a game will have better graphics than its previous version. There exist plenty of games with superb graphics; therefore it is a bit tricky to establish which game has the best graphics. But this post will narrow down on some of the best graphics in video games through the years.

Gamers across the globe claim that the graphics in Grand Theft Auto V are out of this world. You would enjoy playing this game for hours sitting on an x rocker 51092 gaming chair. You can even play the game at 200 frames per seconds (fps), and playing the high-quality version of the game demands a minimum of 4GB RAM

You cannot talk about excellent graphics in video games and avoid to mention Crysis. The first game was released in 2007, and its graphics took the gaming world by storm. Hardly any disappointments. Crysis 2 (2011) and Crysis 3 (2013) also didn’t disappoint.

The game is filled with action, and its impressive graphics make it more intriguing. That notwithstanding, the graphics give you a tactical advantage. You could easily compare the animation in this game to real-life images. That’s how good it is. You may need a gadget with the best graphics card to play this game.

Another game that features impressive graphics is Call of Duty 4. If you haven’t played this game yet, I would recommend you get it. The game was released in 2007, and its graphics have kept gamers glued to their chairs and screens all day long over the years.

This is a battle game, which is quite realistic. And that makes it more interesting to play. The superb graphics engage the player, making you feel like you’re in the game. Despite the gadget that you use, you’ll get impressed by the graphics in this game.

Rise of the Tomb Raider

Over the years, game graphics keep getting better and better; and Rise of the Tomb Raider can prove that. The game was released in 2015, and it was initially developed to be played on the Xbox One. Afterward, it was developed to suit other platforms. The features on this game clearly show how far graphics have advanced in video games.

One of the things that you cannot miss in this game is the characters. They are well-designed, and you can see their facial expressions. If that’s not an advancement in gaming graphics, then I don’t know what is. The game is so realistic, and you can prove that by looking at the eyes and hair of the characters, plus other features within the game.

If there’s one game that didn’t disappoint enthusiastic gamers, it is Hitman. The game was released in 2016, and people still enjoy playing it today. The game’s main character, Agent 47, is well defined and you can see all his movements, action, and facial expressions.

The surrounding in the game is also quite realistic. Interestingly, you can play the game on medium settings, but if you have an outstanding processor that has a superb graphics card, you will get thrilled much more.

Gaming has become a way of life. And as the years go by, developers continue to advance the graphics in the games. The games mentioned above are some that contain the most impressive graphics. Albeit, there are plenty more.

Why Are MMOs So Popular?