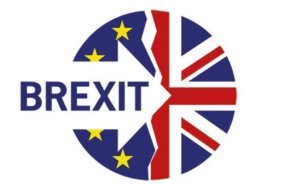 Brexit. The acronym we’ve all grown to hate. Britain’s attempt to leave the European Union has given birth to funny and horror stories alike – the horror part mostly coming from the daily news, while the funny part from the myriads of comics that point and laugh at the biggest clusterf**k of the 21st century (so far). Britain saying good-bye to the European Union will make its effects felt in pretty much every aspect of the locals’ everyday life. In the short term, it will affect food security, healthcare, industry, finances, and everything in between. In the long run, Brexit will cause upheaval in the gambling industry, a very lucrative business in Britain, it will affect international trade, and it will make it harder for soccer teams to sign international talent. There is one aspect of Brexit that is not covered in sufficient detail, though – the entertainment industry of the island state.

The British cinema community is far less excited about Britain leaving the EU than the other public figures constantly on the TV screens, politicians. The British movie industry has grown substantially since the government introduced tax-relief incentives more than a decade ago. Film, television, and gaming has generated revenues worth £7.9 billion (almost $10 billion) in 2016 alone. The ties of Hollywood and Britain have become tighter, with movie franchises like the MCU and Star Wars coming in, along with TV studios like Amazon and Netflix (think Good Omens, for example) and game developers seeking out the services of British specialists in these areas at an increasing rate. And this could be seriously hurt by the turmoil of Britain leaving the EU.

The problem with the British film industry is that much of its workforce comes from outside the country. A recent estimate states that almost half of the workforce in areas like visual effects and post-production are non-British. William Sargent, the co-founder of the London-based visual effects company Framestone, has made a rough estimate of how much extra cost Brexit will mean for his company alone: with around 370 of their employees coming from outside the EU, the costs of the business would grow by almost £500,000 a year. That’s a lot of money, even in the burgeoning film industry – and a completely unnecessary cost.

The fact of the matter is, there is no telling how smooth – or catastrophic – Britain’s exit from the EU will be. And this makes risk-averse producers try to avoid working with and shooting in the UK. There is an anecdote circulating online about a Belgian-British co-production where the Belgian partner requested to change the shooting locations (and the entire production partnership setup) from the UK to Ireland to avoid feeling the fallout of the move. From the production companies’ point of view, Brexit is “uncharted territory” – and this uncertainty is hurting their bottom lines.

At this time, Brexit is nothing but a bunch of gloomy predictions, pompous declarations, and an impending sense of doom. Let’s hope, at least, that our favorite British series – Doctor Who and Sherlock in the case of yours truly – will be unaffected by it.