Canada is to have its own esports stadium in 2019, set to be a place where gamers of all skill levels and ages can convene to play, watch tournaments, coach and learn. With a place for up to 250 spectators, 40 gaming setups, a gaming area for amateur participants, a broadcast suite and a food court, this sizeable arena is the first of its kind in the area of Richmond, British Columbia.

The stadium will be able to host tournaments and other gaming events as Canada is experiencing one if its best years in the esports community – and it only keeps getting better. The opening of yet another stadium only confirms this and pitches gamers’ excitement to the roof.

“We have so much in store for everyone and we are excited to continue making announcements leading up to launch,” said Myesports Ventures CEO Dan Cybak, “This is going to change the landscape of esports in Vancouver.” Myesports Ventures is backing the building of the stadium and although there are no mock-ups yet, doors are set to open next year.

2018 was indeed Canada’s year for esports, with three major events highlighting the success this country is currently enjoying in the gaming scene. Get On My Level held in Mississauga, Ontario, GOML in Vancouver and Red Bull AdrenaLAN amassed record-breaking viewership and put Canada firmly on the industry’s map.  Canada may have had a slow start when it came to establishing itself as a hub, but the rate at which it’s catching on with the likes of the US of A is pretty astounding.

Very few people actually know that esports really took flight in the mid to late 1990s in South Korea. Having suffered through a financial crisis, the country was looking at a large percentage of unemployed individuals who, as luck would have it, indulged in their fair share of video games to cheer up and wile away the time. With the rise in popularity, people were getting together and cafes opened promoting collaborative play. Thus, esports was born. 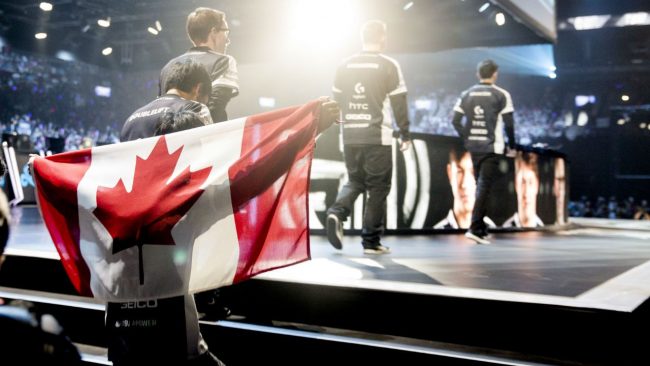 The US, with its proliferation and advancement in tech were always at the forefront of innovations, especially those which involve a certain degree of gaming. The Major League Gaming is the entity that oversees gaming events, Think FIFA and soccer in terms of relationship. It has grown to such a scale that viewers can even bet on their favourite players or teams to win, in pretty much the same way that they would on traditional sports. Most large tournaments, such as LoL, are organized by the developers of the games themselves, drawing in thousands if not millions of viewers.

Asia is still undoubtedly the base for esports, with thousand strong stadiums full to the brim with anxious spectators, watching kids play video games. It’s almost a surreal reality, and it does not come without its criticism. Many abhor the term “sports”, stating that there is nothing to compare between children playing video games and athletes. However, with 258 million unique viewers drawn globally last year, it’s going to be very difficult to stop this high-speed train.

While the most established esport games are the ones we’ve all heard of; Dota2, League of Legends and the rest, new games that could have the potential to be the next best thing, are being launched every year to the hungry market. The competition is tough, but if anything it only goes to show that people are investing heavily in this industry and it’s not going anywhere anytime soon.