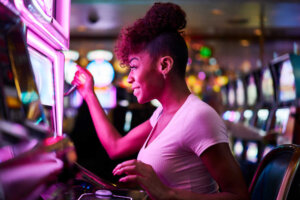 Gaming is the easiest way to let off steam

There are a lot of ways to relax after a hard day of work. Playing video games (a lot of gamification features implemented in Casumo casino) can actually be one of the best ways to fight stress. Here is why.

What gaming is blamed for

Gaming is a widely popular hobby. Despite its popularity with both teens and adults, 75% of parents believe playing games promotes violence. The reasoning goes as follows. Kids are exposed to a great deal of cruelty in some games, so that must teach them violence is acceptable in the real world.

The gaming craze went even further with people accusing games of being responsible for mass shootings as perpetrators were sometimes gamers. This can’t be further from the truth.

What gaming is actually good for

There isn’t much research on the topic yet, but the data we have now suggests gamers use games as stress recovery. It’s really easy to see why.

For starters, violent games are really good for projecting your frustrations. You probably know the feeling after you’ve worked a 10 hour shift on 4 hours of sleep. You feel like punching someone in the face. Video games help people take their anger out on a virtual enemy rather than real one.

Despite what the conservative public says about violence-driven games, there isn’t a more peaceful feeling than after you’ve done some extensive online murdering.

But violent games are not the only ones you can find on Steam. Plenty of games do not involve you shooting, hacking, or beating someone. Indie games and quests challenge the mind, not your reflexes. It can be very relaxing to dive into a puzzle and solve it, forgetting about your frustrations.

Games with great plot like The Witcher or BioShock can provide plenty of room for escapism. They let you live another life in another world, and focus on solving easy problems there instead of stressing out about something.

Games show you an objective that is easily reachable once you know the rules. This means your brain will be more likely to release dopamine in response to your success.

Happy hormones solicited by gaming are also the reason people love to gamble so much. Considering the fact mobile gambling is so popular these days, placing a couple of bets can be a great way to recharge on the spot.

Some games help you get over stress by engaging your brain. Some work the other way around. Plenty of casual mobile games get you in the routine, making you feel more relaxed. Match the falling blocks, shoot the balls of the right color, or tap the screen at the right time, that’s all you have to do. No big challenges and no stress.

Why is gaming easier than other ways to fight stress?

There are many ways to fight stress other than gambling. Go for a walk when the sun shines bright, jog with your dog, play basketball with your friends, and you’ll be less stressed. Perhaps even less than after a gaming session.

The problem is, all of that takes time. Sometimes, you can’t afford to skip half an hour of work to have a relaxing walk around the neighborhood. Going out with friends takes a lot of planning as everybody has a busy schedule.

Gaming, however, doesn’t have that constraint. You can play a game anywhere, anytime. You can stop any time as well.

Gaming may not be the most effective way to fight stress, but it’s the most time-efficient for sure.