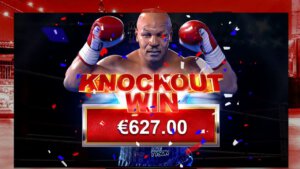 If you are looking for a slot machine that is different from the usual, which is able to engage and excite users, then the Mike Tyson Knockout Slot is right for you. The new online slot machine proposed by SNAI (one of the most important casinos in Italy) stars Mike Tyson, the former world heavyweight boxing champion who virtually returns to the ring to wear gloves and for the occasion.; challenge opponents in an exciting game with no holds barred. Mike Tyson Knockout Slot is provided to SNAI by Inspired, a prestigious online gaming brand, and is available in Roulette, Blackjack, and Video Lottery modes! Users can play with the Tyson Slot Machine on SNAI online casino from Monday, April 16, 2018.

The protagonist of the slot machine: Mike Tyson

Who is Mike Tyson? Also known by the nickname of Iron Mike, Tyson was one of the greatest boxers in boxing history. Born in Brooklyn on June 30, 1966, from a young age he showed off for his physical prowess and his great temperament. In 1986, at the age of just 20, Tyson became the youngest world boxing champion in the world. Iron Mike lost the crown in 1990 to  Buster Douglas. From 1992 to 1995 he served three years in prison for rape charges and later returned to the ring, re-conquering the heavyweight crown. He lost it again in 1996 at the hands of Evander Holyfield. In 1997, during a rematch with Evander Holyfield, he was disqualified for biting his opponent’s ear during the match.

The Mike Tyson Knockout Online Slot Machine is has 5 reels and a total of 20 lines on which you can make your own bets and which allow you to make winning combinations with great frequency. The developers have implemented the game with high-level 3D graphics and a series of animations make Mike Tyson Knockout Slot very realistic and enjoyable.

In addition to the classic J, Q, K and A playing cards there are also 6 special cards that recall the boxing theme: a punching bag, a pair of red boxing gloves, a world champion belt and 3 figures : Mike Tyson, Tyson facing an opponent, and the logo of the game.

During the game, three different types of bonuses can be activated at any time:

From a graphical point of view, the slot machine command bar is located below the rollers. Starting from the right, we find the green Spin button of green that is used to make the rollers move, followed by the Fortune Bet button that will double your bet, but at the same time give you more possibilities to activate the bonuses. Then there are the Autoplay button to activate the automatic game mode, a selector to choose the value of the bet, and two other buttons to access the Game Options and Pay table.

Focusing on the winning combinations, the game logo is the most profitable, and gives you  40, 80 or 500 credits depending on whether you get 3, 4 or 5 consecutive symbols on the game bar. The image of Iron Mike crossing the boxing gloves with an opponent awards 30, 60 or 240 credits, while Mike Tyson alone awards 20, 50 or 100 credits respectively.

SNAI offers its users also other games featuring the US boxer. One of these is Tyson roulette, in which players will have the chance to challenge the great Iron Mike to one of the most famous gambling games in the world. The game takes place like a classic online roulette, with the addition of the interesting Knockout bonus function, which increases the chances of winning for the players. After placing their bets, players will hear Mike Tyson’s voice proclaim the winning numbers!

SNAI offers its users a special version of blackjack dedicated to Iron Mike, with the image of the American boxer printed on the backs of the cards. Tyson blackjack allows users to challenge the bank, which in this case is represented by Mike Tyson himself. Users can choose to make a minimum of one and a maximum of three bets. Also in this game there is the voice of Mike Tyson who calls the cards and the scores during the game.

All the benefits of registering with SNAI: the special Tyson welcome bonus

By registering at SNAI online casino, users have the opportunity to take advantage of the special Tyson Bonus, an incentive thanks to which they can obtain a refund of 50% of their losses (difference between the amount played and total winnings) up to a maximum of € 50. The Tyson Special Bonus is valid in the first 7 days after registration, and can be obtained by playing with any of the Tyson branded online casino products (Slots, Roulette and Blackjack).

It is possible to try all the games dedicated to Mike Tyson for free on the SNAI website.