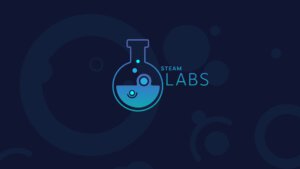 Each year, thousands of new video games are released for PC, consoles, and mobile devices. An article from Polygon revealed that more than 7,600 new games were released on Steam in 2017, and that figure is likely to have risen each year since then.

The games industry can be incredibly lucrative for game developers as more than one billion people play games ranging from mainstream releases to online casino titles. However, if you’re a person who finds it difficult to find games that you will enjoy playing or hidden gem games that not everyone is talking about, going through those thousands of titles isn’t easy unless you use some clever tricks.

Steam knows that one of the biggest issues that people have with the digital games storefront is finding games. Steam sales, where thousands of games are discounted, and the Discovery Queue which suggests games by looking at a user’s library and what’s popular have helped, but many agree that they haven’t done enough to address it.

To fix it, Steam has rolled out something called Steam Labs, which are small experiments making changes to Steam. Some of the experiments being tested now are machine learning as Steam uses artificial intelligence and your game library to make better game suggestions, micro trailers that are six seconds long, and an automated show about Steam games. These may help you find more games to play.

Another game platform that offers hundreds and thousands of games to choose from is an online casino. Developers like Microgaming, NetEnt, and Cryptologic have developed hundreds of slots and other casino games that let players be a superhero, a spy, a gamekeeper, or someone who loves to go on adventures among other things, all by spinning the reels and matching symbols. Many of these games can be played on mobile devices too.

This all makes online casinos a good place to find a hidden gem game that you haven’t heard of. You can also make your search smaller by using offers of free spins to test out games and see if you like them. The best casinos with no deposit offers have free spins on games like Starburst where you match gems and the rock and roll slot, Motorhead, with plenty of others being available too.

Currently, some of the most popular games are Fortnite, Grand Theft Auto V, and PlayerUnknown’s Battlegrounds, so when you ask for game suggestions, these are what people will probably tell you to play. However, you can find hidden gems easily by scouring the market for indie titles and checking reviews from major gaming publications. Indie games may have much smaller budgets, but they have gameplay that bigger developers are scared to offer as they are willing to do something new.

Some of the best games of 2018 were indie games. Games like Celeste, The Return of the Obra Dinn, and The Gardens Between were critically acclaimed and they were also made by indie teams.

Finding a few games that you’ll like out of a list of thousands isn’t going to be easy. By using filters and looking in the right place, you can make it more likely that you’ll find something that entertains you.