Security breaches, when it comes to private messaging, are a growing cause for concern as we’ve become much more aware of our online privacy and the dangers of digital tampering and issues arising from identity and data theft. Even with the top measures being put up by government agencies and tech companies with regards weighing the balance between privacy and public security, app makers have been busy developing encrypted messaging tools, particularly end-to-end encryption to existing messaging services so as to meet the demands of users who have over time had major online privacy concerns. Before in delve into my list of the best encrypted messaging apps for your windows lets first get an understanding of what encryption means when messaging. End-to-end encryption means that your service provider does not keep copies of the messages that users have sent on their servers, this means that only the person the user is communicating with can access the sent messages. Nobody in between, neither the internet provider government nor the app developers can access these messages. So when multiple devices communicate through an app that enables this level of encryption, the information will be transmitted using a secret code as opposed to an insecure plain text.

The WhatsApp version for Windows has pretty much the same features and interface as the mobile version but on a larger screen. With over 1.5 billion users this free messaging app has been developed to ensure compatibility with different devices and operating systems and also for easy use to suit all kinds of users. To set up WhatsApp for Windows all you need is one account that can then be synchronized to also enable a message on your Windows PC and multiple devices. So for most users who spend more time on their computers, this provides an easier and convenient way to be on your PC and keep in touch with family and friends instantly, without constantly having to switch from your PC to your mobile device. You can enjoy features such as messaging, access to emojis, stickers, as well as GIFs, sending a picture, documents and voice notes, status updates, privacy settings and a lot more just as you would on your mobile device. Likewise, all messages on your mobile device are accessible in real-time from your PC, and notifications of new messages are received faster on your PC than the mobile app.

Security-wise, since 2016 WhatsApp has been one of the first messaging platforms to enable and implemented end-to-end encryption, so users can freely enjoy a more secure communication. The encryption enhances communication privacy and protects users’ messages from impostors or malicious actors. Though it may still probably be prone to security flaws if there is to be a breach on WhatsApp your conversations cannot be decrypted. That’s due to the encryption that does not allow WhatsApp or any other person store your messages on its servers. You can instantly delete messages from your device and also from the receiver’s device whereby they are yet to read the message.

Once you already have a WhatsApp account and downloaded the windows application from the WhatsApp official website, you will be directed on how the steps to synchronize your account on both devices. Simply go to the settings on your mobile app, click on WhatsApp web/desktop options where there is a Scan QR Code. Click on Scan QR Code, and it opens into a separate window where the code can be scanned. It is essential to note that you can see how many devices you have logged into using this method in the last time you were active on these devices. You can also choose to log out from all devices which will automatically log you out from any synchronized device. 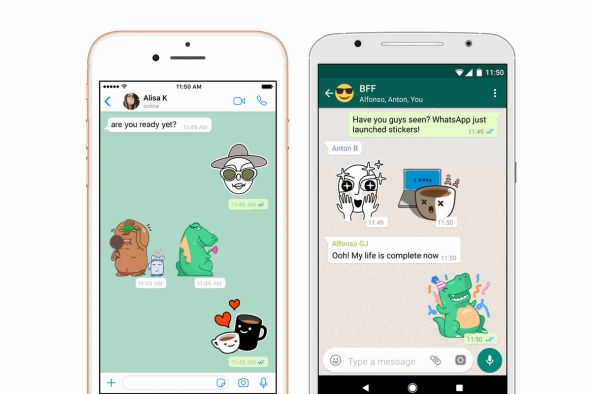 Key Features of WhatsApp for Windows include:

• Access to all your contacts
• Synced with your mobile device
• Users can share videos, photos, documents, and contacts
• No adds
• End to end encryption
• Use a web camera
• Access profiles, delete contacts and chats
• Easy to use user interface
• Compatible in multiple languages
• Supports Windows 8, Windows 10, and Windows 10 64-bit

Signal was developed by the non-profit organization Open Whisper Systems to merge two separate apps dedicated to encrypted voice calling and encrypted texting. This app provides one of the most secure and trusted methods of communicating with other users of the app. It’s an open-source app, thus were pretty sure that there’s no hidden, back-door code that could be to spying in on your communications. The signal messaging app also has a PC version available, but it needs to be linked with your mobile device to work. Like most other encrypted messaging apps, Signal enables you to communicate with other users who have Signal installed.

Encryption was always at the core of the company’s products. When Twitter acquired it in 2011, the goal was to improve the security in the microblogging platform with end-to-end encryption that works directly from one device to another, and messages are encrypted in full transit, with this, messages are not stored anywhere online. The app is free for download and enabled use on your Windows PC when linked with your mobile device and the developers are committed to keeping it simple and fast by cutting out the ads, web-tracking, stickers, or animated poop emoji.” 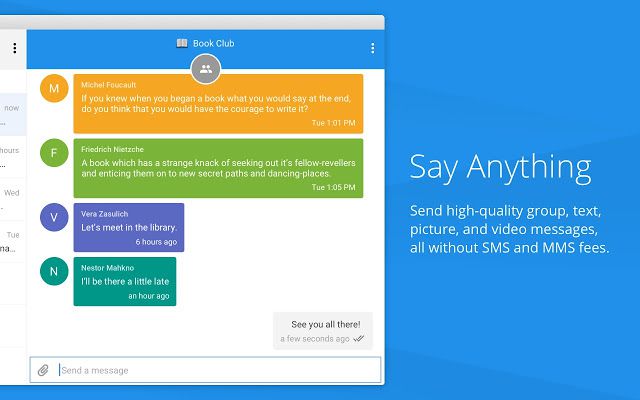 Telegram is a messaging service with a combined speed of WhatsApp and with Snapchat’s transient set up couples with advanced new security measures. Telegram connects users around the world via its unique network of data centers. It is also known to provide the best security; this means there is absolutely no third-party access to your data. When the “secrets chats” function is enabled, the messages can self-destruct automatically across all the devices involved. And if the user prefers, they can set an option for self-destructing of their account within a set time. The app allows you to easily sync your messages across different devices all at once. 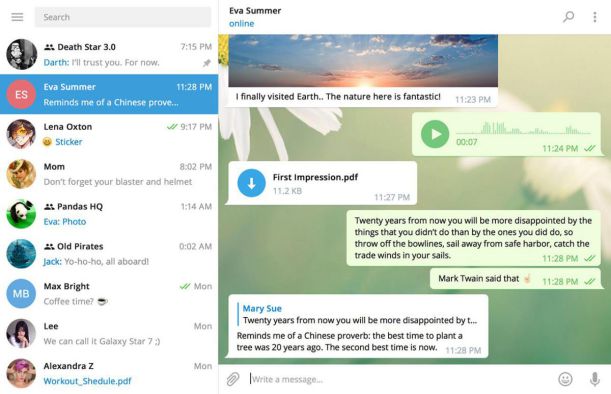 Viber also rolled out end-to-end encryption with the release of its 6.0 version, providing more safety for its users. The developers of the app likewise created a Viber Encryption Overview that serves as a functional guide for users who want to know the in-depth information on its security enhancement.

This private chat app has a ton of useful features that enables its users to have a secure and high-quality calling experience, so any information shared is being protected along the way with the end-to-end encryption system. Simply ensure that you are using the sharing method as pointed out by Viber, to enable that shared data will remain encrypted from your to the recipients. The latest version of this app introduced the end-to-end encryption service on all the available platforms including Windows for PC. 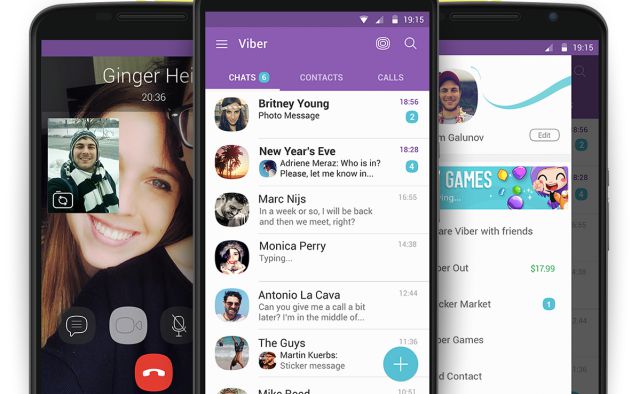 Key Features of Viber include:

The digital world today comes with more security and privacy concerns now more than ever. As a user who is concerned about their data and value privacy and protecting it from intruders and hackers, using one of these encryption messaging apps to better secure what you share with family, friends or business partners is a must.