While most classic horror radio episodes originate during the Golden Age (around 1936 through 1956) there are still plenty of creepy shows which aired much later; even today the U.K. produces some excellent audio tales. During the mid 1970s CBS launched an homage to tales of suspense and The CBS Radio Mystery Theater was born. Sorry to say many of the stories during later years of the series turned more toward standard cheating spouse murders, but the first few seasons had some good spook tales to share.

The Crack in the Wall comes from CBSRMT’s first season, 1974, and contains some downright creepy elements.

Following the death of their teen daughter during a house fire, her bereft parents move to a new home but can’t seem to repair a hole in their basement wall. Gradually, cries of a voice that seems startlingly like their daughter’s begins to flow through the hole… 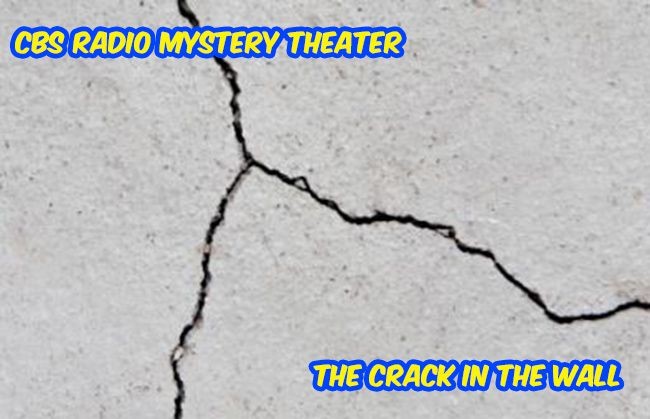