I would surely be remiss if I didn’t include what most people consider to be the most famous radio program of all time in our Spooktacular. Not only did Orson Welles cement his legend with his obvious manipulation of the masses with his production of the H.G. Wells classic War of the Worlds but also sent thousands of listeners into a panic because they believed the United States was under the attack of Martian war machines. I find the portion of the story where the reporter is giving a first-hand account of the attack on New York harbor to be especially effective, even seventy six years later.

War of the Worlds moves the original H.G. Wells tale from England to the United States but the results remain the same as humanity struggles to survive the Martian onslaught.

So kill those lights and listen to what ruined the Halloween Eve night of thousands of Americans and War of the Worlds as it aired on Mercury Theater on the Air October 30th, 1938.

I’ve always found it interesting that Orson Welles knew the radio audience so well that he coincided the Martian attack with the moment millions of listeners who had tuned into the number one program (The Chase and Sanborn Hour with ventriloquist Edgar Bergen and his dummy Charlie McCarthy) would start surfing the dial once the first musical act began. No doubt the fact so many in the audience had missed the introduction to the Mercury production and Welles was approaching the first half of War of the Worlds as a series of news reports led to many thinking they were hearing real news as opposed to a dramatic production. It would be many years before any network again dared to present a faux news broadcast as a means to spook the audience. 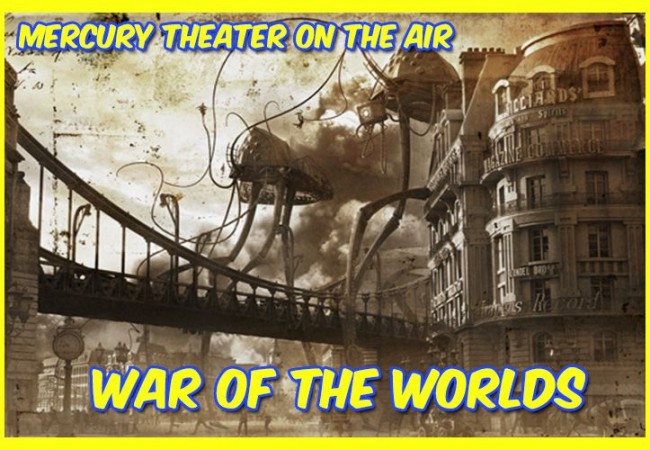