During the 1960s one of the more interesting radio programs was The Black Mass. The program wasn’t carried nationwide but aired in and around Los Angeles, on KPFA and KPFK, with an irregular schedule from 1963 through 1967. Each episode of The Black Mass surely isn’t everyone’s cup of tea (not even mine) since there are some truly odd and surreal stories which sometimes border on stream of consciousness ramblings. Yet there are some real gems to be found in the series and An Evening’s Entertainment is one of them.

Loosely based on the M.R. James short story of the same name, Granny gathers the little ones around the fire to share a frightening tale aimed as An Evening’s Entertainment.

I will mention since The Black Mass aired in the 60’s there are some rather adult elements to this adaptation such as torture and sexual innuendo so I don’t think you’ll want the kiddies listening to this one. Regardless, dim those lights and get ready for An Evening’s Entertainment as it aired on The Black Mass on October 31st, 1964. 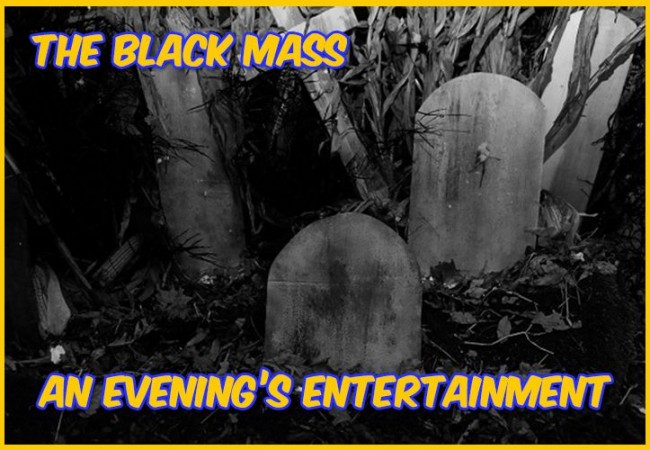