One of the longer running shows (1937 – 1954) during the Golden Age of Radio was The Shadow. While later seasons of the pulp hero’s adventures could be summed up as each episode breaking down as The Shadow’s companion Margo Lane stumbling across some gangsters, being abducted by said gangsters, and then The Shadow saving Margo’s bacon ad nauseam the early years of the program actually featured rather diverse and sometimes rather creepy villains for the pulp hero to tackle. I happen to be a big fan of Orson Welles as The Shadow but he left the show in 1938 to be replaced by Bill Johnstone and, honestly, Johnstone did a nice job in the role for five years.

In The Gibbering Things, The Shadow’s alter ego Lamont Cranston joins Margo (sometimes spelled Margot in scripts) Lane to visit her aunt in New Hampshire. Legend tells of the woods near Aunt Sue’s home being haunted and a place people seem to disappear. Just what could be in those woods? And just what is causing those strange sounds emitting from the darkness?

So dim those lights and join The Shadow as he takes on The Gibbering Things as aired on September 26th, 1943. 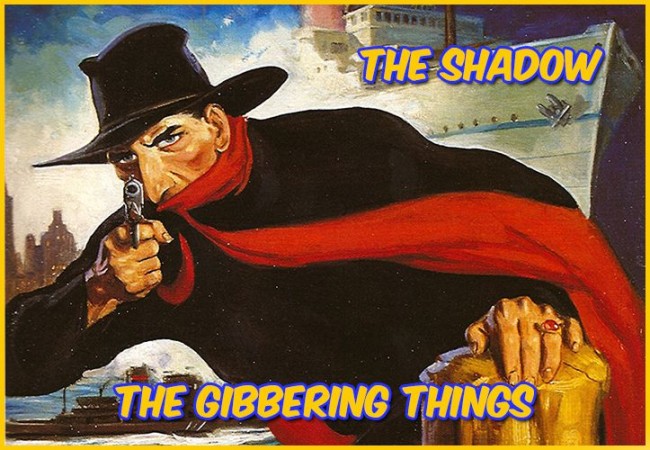