While Escape and Suspense are probably two of the best remembered long running radio shows, where horror stories would appear, there are other programs which featured spook tales as their main focus. One of these shows was The Weird Circle. Although the series only ran for two seasons (from 1943 through 1945) each episode was usually an adaptation of a classic tale of the supernatural.

A Terribly Strange Bed was adapted from a Wilkins Collins story and tells the tale of Burke Manning, an author who is writing a book about murders, whose travels have taken him to Paris where he and his best friend Jack witness the grisly scene of a body being fished from a river.

A Terribly Strange Bed aired on The Weird Circle on October 3rd, 1943.

Turn out those lights and give a listen! 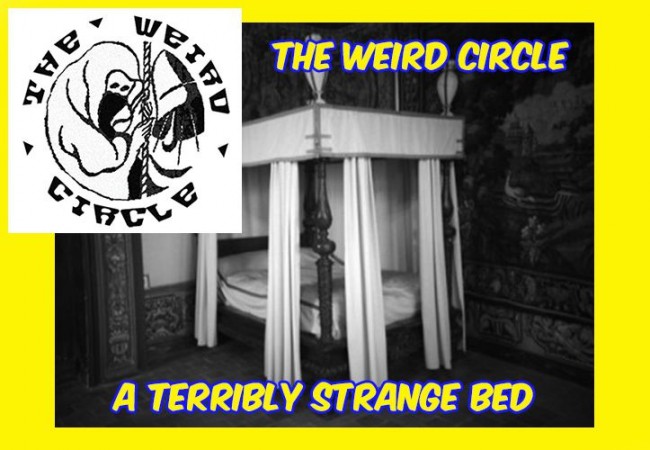 Halloween Spooktacular 2017 – Price of Fear: ‘Specialty of the House’