Let’s return to a science fiction show for tonight’s spooky tale. As far as SF in the Golden Age of Radio two shows normally come to mind, Dimension X and X Minus One. X Minus One (1955 to 1958) began as a reworking of Dimension X, which had only spent a couple seasons on the air before being cancelled in 1951. While NBC didn’t find too much more success with their second foray into science fiction, both programs do have some classic episodes.

In Dr. Grimshaw’s Sanitorium, a young detective learns of strange goings on in a mental institution and goes undercover only to bite off much more than he can chew.

So flip out those lights and prepare to visit Dr. Grimshaw’s Sanitorium as it aired on X Minus One on July 14th, 1955.

Dr. Grimshaw’s Sanitorium was adapted by George Lefferts, from Fletcher Pratt’s 1934 Amazing Stories tale of the same name, for both Dimension X and X Minus One. Pratt is best known for his SF and Fantasy, especially for his collaborations with L. Sprague de Camp, but visitors to TGG will recognize the name since he also wrote The Fletcher Pratt Naval War Game which occupied so many hours of our high school age weekends. 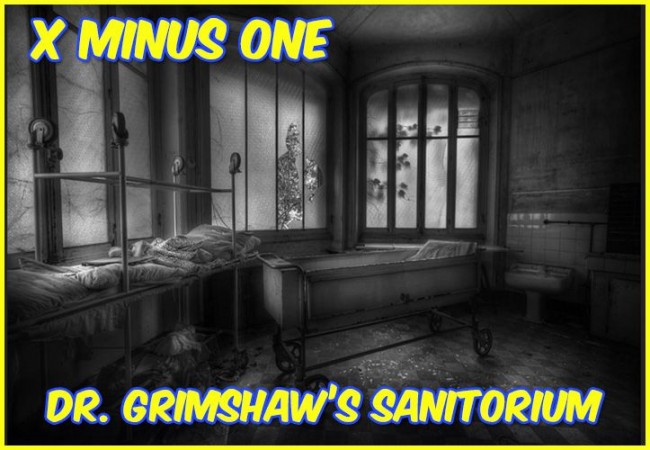