One of the best remembered fantasy/SF/horror radio programs of the later 1940s is Quiet Please. Sadly, the show wasn’t all too popular when it aired and only lasted two seasons and 106 episodes. Yet of those 106 shows Willis Cooper produced, a good many of them are excellent stories which still stand up for today’s listener.

While Cooper could create top notch horror tales, he certainly wasn’t a slouch when it came to science fiction either. Northern Lights is no doubt Cooper’s finest effort when it came to spooky SF and the episode even has a touch of an H.P. Lovecraft feel, although there’s really no connection to that author’s Mythos stories.

Two scientists are experimenting with transporting objects through time and back again when they accidentally bring something along on a return trip.; a something which could spell the end of the world as we know it – all by way of the Northern Lights. 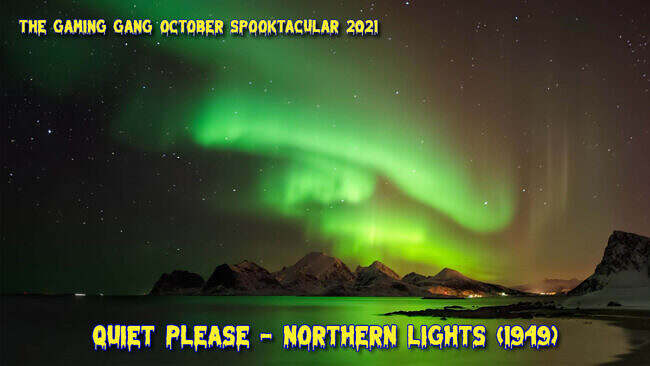