The first horror radio drama was The Witch’s Tale which broadcast from WOR out of New York City beginning in 1931. The series ran for seven years and each tale was hosted by the character of a Salem witch, “Old Nancy” and her black cat Satan. While the show seems to be fondly remembered, very few recordings still exist because – for some unknown reason – the series’ creator Alonzo Deen Cole destroyed the recordings he possessed in 1961.

Tonight’s tale focuses on a young nurse named Barbara Turner who inherits a house from a woman who just may have been a witch. There’s a catch to the inheritance though; you see Barbara has to spend every night in a particular bedroom of the house for an entire year. If she can’t do that, she can’t have the house. I have to admit some of the dialogue from this broadcast is unintentionally pretty funny but the payoff is pretty good.

So turn out the lights and give a listen to The Hairy Thing from The Witch’s Tale as it aired on September 26th, 1932. 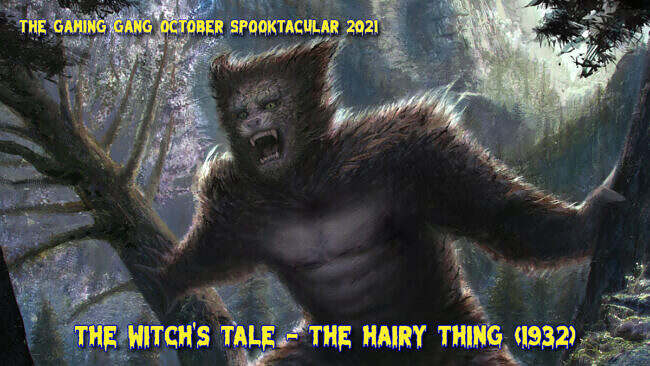