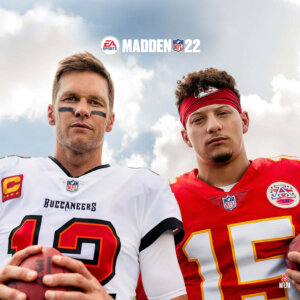 Just like the 2021 NFL Season, EA Sports’ annual rendition of their famed NFL-themed video game Madden 22 has been out for a few weeks to the delight of football fans all around. Now, if you’re a true connoisseur of the sport of football, you know, one of those that’s always on top of all the latest NFL stats, then you probably transition all of that knowledge and expertise into improving your Madden playing chops. Well, lucky for you, we’re here to help you out even further when it comes to building up a rapport with the game and all it has to offer.

While everyone knows that on offense riding with the Kansas City Chiefs, Baltimore Ravens, Green Bay Packers or Seattle Seahawks will always pay off very big dividends in the game, we bring you our picks for the four best defensive teams to play within this year’s Madden video game. Why defensive teams you ask? Remember, offenses win games, defenses win championships, so let’s get to it.

Is there anything football-related in which the Tampa Bay Buccaneers do not excel at? Their offense, led by Tom Brady and with guys like Mike Evans, Rob Gronkowski, and Chris Godwin Jr. is almost unbeatable in real life and the video game, but for now, let’s focus on the defensive side of the ball.

Tampa Bay’s defense is the only defense rated with a 90 or more in the game. With players like Lavonte David, Vita Vea, Shaquil Barret, Devin White, Ndamukong Suh, and William Gholston all rating very well in the game and with a secondary core who is also riding in the 80 or higher rankings in the game, this defense is a nightmare for any opposing offenses on Madden 22. This just goes to prove that the Bucs are stacked anywhere you see it, both in real life and in the world of video gaming.

The Denver Broncos have become a staple for defensive excellence in the NFL in recent years, thanks mostly in part to the playing style of guys like Von Miller and Bradley Chubb. While their offense is not known for being one full of flashy moves, Denver’s defense is all about bringing the heat and tearing through anyone that stands in their way.

Well, in Madden 22 the story is more of the same. Picking Denver for offensive purposes might not really end up paying off in big ways, but with a defense led by the likes of the previously mentioned Miller and Chubb as well as a secondary unit that has the likes of Justin Simmons, Kareem Jackson, Kyle Fuller and Bryce Callahan, all whose ratings in the game are above 85, you know you’ll have a defense strong enough to help you win every game you play. With Denver don’t expect to score a lot of points, but on a positive note, don’t expect a lot of points to be scored on you as well.

The Steelers might be closer to imploding in real life than to be the usual dominant football team we’re all used to and it shows in Madden 22. While their offense is in the bottom part of the offensive team rankings, their defense on the other hand continues to ride high, making one of the absolute best units to play within the game.

While their secondary unit does not have many players that can stand out above the competition, with the Steelers it’s all about their pass rush defensive unit. With players like T.J. Watt leading the helm, Cameron Hayward, Stephon Tuitt, Melvin Ingram, and Devin Bush, this defense could easily be considered Madden 22’s version of a wrecking ball, always ready and willing to wreak havoc upon opposing offenses all around. If you take the Steelers you might have some moments on offense here and there, but the defense will always step up and show out.

With the Chicago Bears, you have the dilemma of how to use a team that can be as exciting as ever on both sides of the ball but also as volatile as ever. Their offense can be considered to be all over the place, with some very good players like Allen Robinson and Marquise Goodwin and a rookie QB like Justin Fields which could end up working great for career mode purposes. But it’s their defense that makes them a great team to ride within Madden 22.

Led by linebacker Khalil Mack, who has a 96 overall rating in the game and with players like Roquan Smith, Akiem Hicks, and Eddie Jackson, if you decide to use the Bears you are guaranteed to play with one of the strongest and fastest defenses in the game, making them an absolute joy to have to play for you instead of against.