About twelve years ago was the beginning of the comic book era. The release of Iron Man marked the beginning of a new era in cinema and gambling because software providers also started to create slots with superheroes, and some of them are available at the PlayAmo Casino Canada. Now even those who previously did not pay much attention to the comic book industry and knew only Spider Man or Batman and Superman, already know most of the popular characters, Marvel and DC universes.

Yet, comics, as it is commonly perceived by the masses who are not familiar enough with this culture, are not just stories about superheroes in tight tights, even if grim, at times. It is a huge stratum of culture, designed to convey the author’s intent in a certain form. And this idea can be quite controversial and atypical. These are 4 comics, which should be read by those who have a stereotypical perception. And those who like graphic novels should also like them. 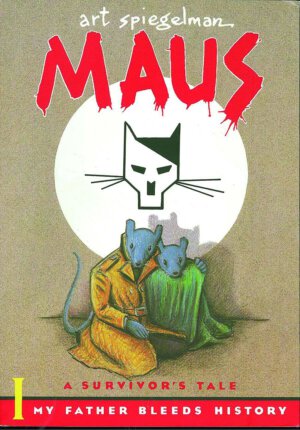 This is a rather dark and exaggerated statement on the horrors of the Holocaust. At the center of the story are mice, representing the Jewish people, living in a New York City town during World War II, and some time later. The drawings are very sharp and grotesque. There are no people in the story. All parties are represented in the form of one animal or another. Worth noting is the fact that this work by Art Spiegelman won the Pulitzer Prize.

After the release of Cyberpunk 2077, the theme of cyberpunk is once again gaining popularity. And for true lovers of the genre, Transmetropolitan, the narrative of the life of journalist Spyder Jerusalem will be a nice gift. The metropolis, based on the image of New York City, is striking in its frighteningly dystopian realism. Positive characters are on a path of self-destruction, corporations rule and profit, while the people delight themselves with various substances and cybernetic modifications. Purebred cyberpunk for connoisseurs of the genre. 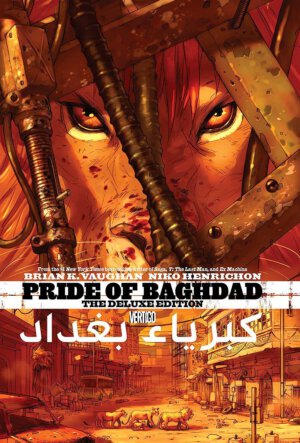 But the comic book is not recommended to give to children. And they themselves are unlikely to be interested in it. There is nothing heroic, pathos and lofty here. On the contrary, it is a rather down-to-earth story, but no less interesting and gripping. As American peacekeeping troops invade Iraq, a lion’s pride breaks loose. And everyone in this situation, surviving on the streets of the ruined city, makes for themselves a picture of this crazy world. Let everything focus on quite real creatures, there is enough space for interpretation and comprehension. It’s truly adult work for sophisticated comics readers.

Blankets is the story of a young boy growing up in typical American circumstances: bullying at school, bigoted parents, loneliness, and finding himself in the world. The theme of religious self-determination in the 600-page tabloid is closely intertwined with puberty, love, and the little joys of adolescence. Blankets is one of the most influential autobiographical stories and a delicious dish for the lover of good literature.