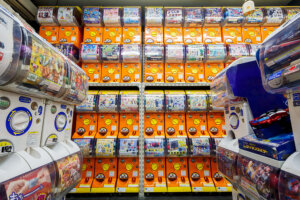 For those who are new to anime gacha games, the word gacha originates from gachapon. These refer to the vending machines you can find in Japan that dispense a toy inside a capsule. Part of the fun in the experience is that you do not know which toy you are going to get until you open the capsule and due to this, they have become extremely popular.

The concept has recently been transferred to video gaming and below you will find the top 5 best Anime gacha games, beginning with Arknights.

This game was released in 2019 and is set within a dystopian society. The game features anime girls and there is plenty of strategic decisions to make which influence progress in the game. In fact, one of the many reasons why Arknights has become so popular is not only due to the fantastic art in the game but also because you do not always require the rare units to succeed. Using the principle of tower defense, Arknights is easy to play but requires good tactical decision making to win.

Moving on, and now we come to a pair of games called BanG Dream! Girls Band Party!/Love Live! School Idol Festival. These games have become huge hits and they are based on music rhythm with idols who are obtained using gacha. Players must maintain combinations with accuracy which determines how successful your round has been. The higher rarity idols generate the higher scores but there is plenty of enjoyment to be had simply from playing the game for fun and taking in the anime characters design. 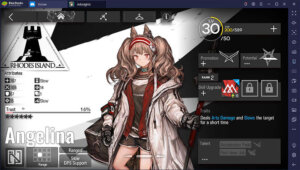 When playing the best Anime gacha games, you can never be sure which characters or units you are going to get. It is extremely exciting and builds up a great deal of anticipation. A similar experience can be found when playing online casino games, such as slots, poker, blackjack, and roulette. Poker is perhaps a good example and although you never know for sure what card is going to be overturned next, there is a huge strategic element to the game. If you are interested in playing, you will find a great selection of promotions at bonusseeker.com.

Back to the top 5 best Anime gacha games and we come to one of the original games to make it big outside Japan, Brave Frontier. Despite entering the scene back in 2013, the game remains popular with players around the world. You only have to look at some of the ventures with popular anime series, such as My Hero Academia, Cowboy Bebop, Fairy Tail, and Samurai Champloo to understand just how big Brave Frontier was back in the day. However, it is extremely difficult to continue progressing in this game without five-star units, which is good to keep in mind before playing.

Last but certainly not least, we have Fate/Grand Order and this gacha game is based on the 2004 adult visual novel by the same name. There are plenty of characters to enjoy in this game, including original ones and new additions to keep your rolling interest piqued. You will need to obtain strong gacha units to progress in the game but Fate/Grand Order uses some fun combat based mechanics to keep you coming back for more.

Disney D-Formz are Heading Into Stores from Diamond Select Toys