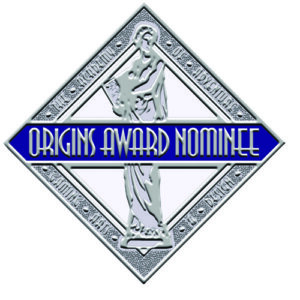 The annual Origins Game Fair is on the horizon and this year’s nominees for the Origins Awards have been announced. Inaugurated in 1980, the Calliope (or “Callie” for short) is one of a handful of awards aimed at recognizing excellence in table top gaming. The Columbus based convention runs from June 14th through the 18th with the award presentation taking place on Saturday night.

Here are the nominees: