Modiphius Entertainment has released the first three adventures for the new Nibiru roleplaying game. These science fiction tales are available in PDF for $7.00 at DriveThruRPG. I do hope the page count indicated for each at DriveThru in incorrect because, as much as I love the great work Modiphius does, a seven dollar price tag on an eight page PDF is nothing short of ridiculous.

Remember Your Past. Secure Your Future

Nibiru is a Science Fiction Roleplaying Game of Lost Memories. Players take on the role of Vagabonds: amnesiacs lost in a massive space station, home to millions, where stories of drama and struggle are written on a daily basis. 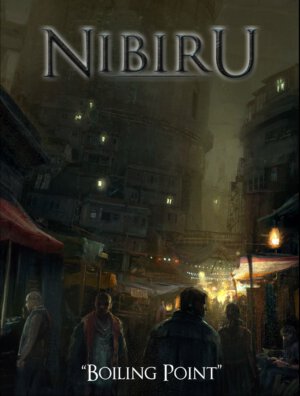 The barge arrived, yet just in time. With the sequels of their ailment still lingering, the Vagabonds seek help. But the strange events that will unfold during their search hint at the causes of their illness, and at hidden forces trying to take control of the City of Suruptu. Will they find the cure?

Boiling Point is an adventure set in the city of Suruptu. It deals with themes of political intrigue and environmental crisis, and with the twisted ways in which hidden forces exert control over the peoples of Penumbra. It is an ideal starting point for any Nibiru chronicle. 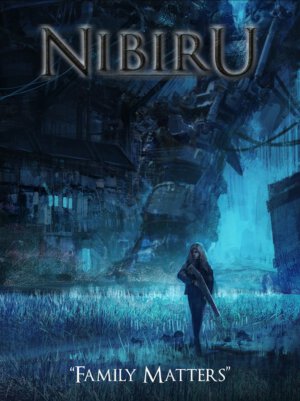 The time of harvest is here. As the Vagabonds venture into the Archaean Sorrows, in hopes of fulfilling their debt and keeping their place at the crossroads haven, a family struggles through tragedy and hardship. What stalks them, beneath the still water, and the glowing fungi?

Family Matters is an adventure set in the mysterious region of Umbra, of desolated communities and the strange creatures that roam their edge. It is an ideal starting point for any Nibiru chronicle. 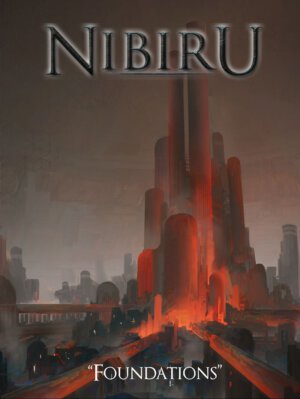 Deep in the city’s bowels, Vagabonds meet. Their gather heralds the establishment of new foundations; of a new community below the shadows of the Assyrian arcologies. But is this hidden utopia really worth the sacrifices they’ll soon be pushed to make?

Foundations is an adventure set in the city of Ashur. It deals with themes of persecution, and of the sacrifices the persecuted make to find a place to call home. It is an ideal starting point for any Nibiru chronicle.