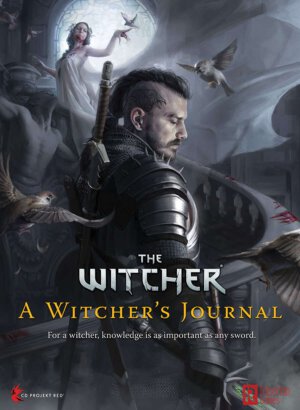 A new sourcebook for The Witcher RPG has arrived from R. Talsorian Games. A Witcher’s Journal looks back to an age when monsters ran rampant and Witchers of all kinds roamed the land to defeat said monsters. There’s plenty of new lore, rule systems, and monsters packed into the supplement’s 160 pages. Right now you can download the PDF at DriveThruRPG for $15.00.

Take a glimpse into the Golden Age of Witchers, when monsters roamed the world and you could hardly travel into the next town without running into a cyclops or a foglet! Through the journal of the founder of the Griffin School of Witchers, Erland of Larvik, you’ll encounter many new monsters; some of which haven’t been seen in generations.

A Witcher’s Journal is a supplement for the Witcher Pen & Paper RPG which gives you a number of new monsters and intriguing plot hooks to use in your game as well as new lore and an in-depth investigation system.