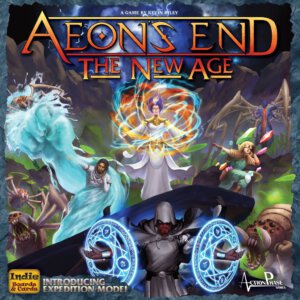 The latest standalone expansion for the hit Indie Boards and Cards game Aeon’s End will be arriving this Fall. Aeon’s End: The New Age will add a new expedition mechanic while also providing new heroes, gear, fresh baddies to battle, and more. The expansion is for one to four players, ages 14+, plays in around 60 minutes, and will carry an MSRP of $59.99 when it arrives on September 18.

From Indie Boards and Cards:

Aeon’s End is a cooperative game that explores the deck-building genre with a number of innovative mechanisms, including a variable-turn-order system, which simulates the chaos of an attack, and deck-management rules that require careful planning with every discarded card. Players will struggle to defend Gravehold from The Nameless and their hordes using unique abilities, powerful spells, and, most importantly of all, their collective wits.

Aeon’s End: The New Age introduces the Expedition system into the Aeon’s End universe, allowing players to replay all of the content they own in a short campaign format. After each game, players will receive new treasures and player cards that allow them to become more powerful. However, the nemeses that players will face grow stronger and stronger with each battle.

Aeon’s End: The New Age is a standalone expansion that is compatible with all of the other standalone games. All content can be mixed and matched for exciting new combinations! 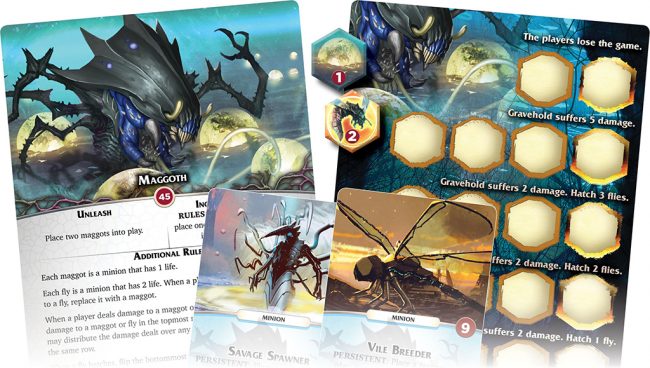