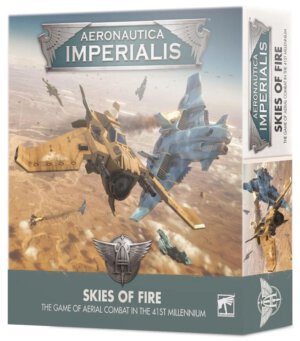 The dogfighting miniatures game set in the Warhammer 40K universe, Aeronautica Imperialis, is receiving a starter box next week from Games Workshop. Aeronautica Imperialis: Skies of Fire will contain all you need to get off the ground as the forces of the Imperial Navy and Astra Militarum take on the T’au Air Caste. The set includes ten aircraft miniatures, rules, markers, and more while carrying an MSRP of $90.00 when it hits stores June 13th.

Start playing games of Aeronautica Imperialis in no time with the latest boxed game.

You’ll get two balanced forces of five aircraft – the combined airpower of the Imperial Navy and Astra Militarum versus the high-tech aircraft and weaponry of the T’au Air Caste.

The Skies of Fire starter set contains everything you need to play, including a complete rulebook, tokens, dice, and fold-out mat. It’s great for both expanding your existing collection and getting into the game for the first time. 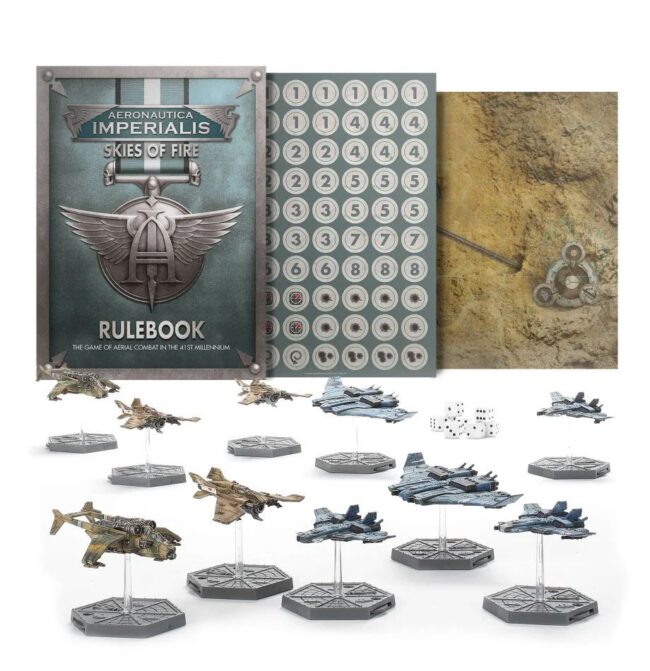