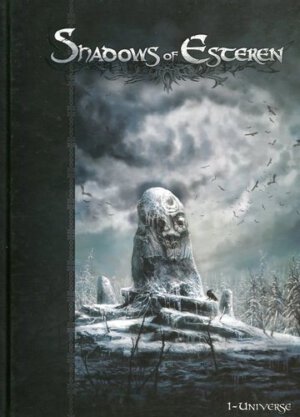 Elliott and I had the pleasure of speaking with Valentin Rebondy and Clovis Fremont 0f Agate Editions at Gen Con and, while the interview should be up in the next few hours or so, I wanted to share a peek at Shadows of Esteren (or in its native French, Les Ombres d’Esteren) as it truly is a stunning piece of work. The role playing game is set in what wouldn’t be considered a traditional fantasy world but rather a much more subdued and mysterious realm where magic and legendary creatures exist but aren’t encountered on a regular basis. In fact, folks in this game world could go there entire lives without seeing anything out of the ordinary. What’s striking is what I’ll term as a very European style of setting – I’ve found many RPGs that begin their life cycle outside the U.S. gravitate toward much more atmospheric and realistic game worlds without a lot of completely over the top elements. The artwork we’ve seen so far is smashing and we’ll have a full review in the very near future.

Happily, I can report Studio 2 Publishing is the English language distributor for Shadows of Esteren and the game book is available for purchase from their website while the PDF format will be available shortly. Les Ombres d’Esteren has an extremely passionate fan base in France, and I can see why people are digging it, so we’d be remiss if we didn’t start spreading the word here in the States! 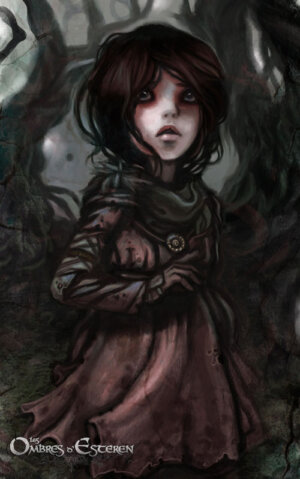 Shadows of Esteren is a medieval role-playing game, with an emphasis on the horrific and the Gothic. Drawing inspiration from Celtic myths, this universe has a discreetly fantastic side hidden under a bleak, realistic surface. This world is populated with humans who have to cope with tough daily lives, and face a supernatural threat lurking in the dark. With the focus of its adventures being investigation and survival, Shadows of Esteren is a game that favors an immersive mood and interactions among the Players.

This particular atmosphere is drawn from several sources of inspiration: the harshness and romanticism of Mel Gibson’s Braveheart; the universes of Tim Burton, particularly the one of Sleepy Hollow; Hayao Miyazaki’s Nausicaä of the Valley of the Wind and Princess Mononoke; as well as Berserk, the manga by Kentaro Miura. Regarding role-playing, Shadows of Esteren would be somewhere between Ravenloft and Call Of Cthulhu.

Intended for Players as well as for Game Leaders, this is the core book of the Shadows of Esteren role-playing game series. Within this 288-page hardcover book, you will find: