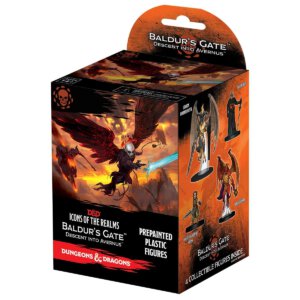 The wave of products arriving later this year in support of the Wizards of the Coast Baldur’s Gate: Descent Into Avernus storyline for Dungeons & Dragons will also include new miniatures from WizKids. D&D Icons of the Realms Baldur’s Gate: Descent into Avernus will include 45 new sculpts of allies and foes as well as a huge premium miniature, the Infernal War Machine. Booster boxes carry an MSRP of $15.99 while the premium mini carries an MSRP of $69.99 when they arrive in August.

D&D Baldur’s Gate: Descent into Avernus features several new Devils and Demons for players to add to their collections.

In this infernal collection of miniatures, players will find many of the enemies and allies featured in Descent into Avernus. Battle the most powerful of the legion of devils, the Pit Fiend. Come face to face with demons like the Glabrezu and Merregon. Join forces with fellow adventurers like Reya Dawn. You may even challenge the fallen angel Zariel herself!

Collect all 45 figures from Baldur’s Gate: Descent Into Avernus, the newest set of randomly sorted monsters and heroes in this exciting line of D&D miniatures, Icons of the Realms.

Each brick contains 8 booster boxes, and each booster box contains 4 figures total: 1 large or huge figure and 3 medium or small figures. There are 4 bricks in a case. 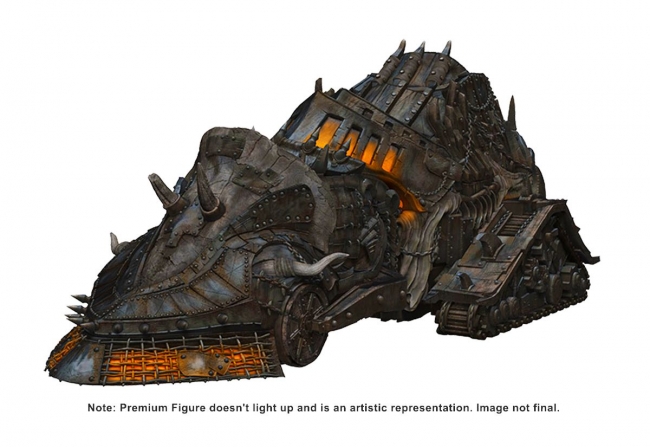