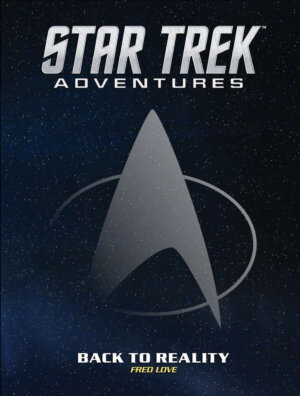 Fans of the Star Trek Adventures RPG, from Modiphius Entertainment, will be pleased to know a new mission has arrived. Back to Reality tasks the player characters with dealing with a mirror crew of themselves from a universe ruled by the Borg. The 17 page PDF is available at DriveThruRPG for $4.99.

What lies at the center of the Pinicon Belt?

This adventure presents a crew of player characters with a profound ethical dilemma that could have sweeping ramifications that extend far beyond their own universe.

This standalone 17-page PDF adventure by Fred Love is for the Star Trek Adventures Roleplaying Game and is set during The Next Generation era. This adventure also contains advice for adaptation for use in campaigns based in other Star Trek eras. Download includes a regular version and a printer-friendly version.