The highly anticipated miniatures game Battlestar Galactica: Starship Battles is set to take flight this November from Ares Games. Players will take to the cockpits of Vipers and Cylon Raiders in duels among the stars as fighter from both iterations of the SF series will see action. I’ve got to say the pre-painted miniatures look great! The starter set is for two players, ages 13+, plays in around 30 minutes, and will carry an MSRP of $59.90 when it arrives in November.

After 4,571 days, the Cylon War ended with a welcomed armistice, and the peace lasted for over forty years. Then, the Cylons, who were biding their time, launched a devastating attack designed to exterminate the last remnants of mankind. The Twelve Colonies were decimated, but the Colonial Fleet was there to face Cylon spaceships and protect the last of humanity.

In Battlestar Galactica: Starship Battles, players take control of Colonial and Cylon fighters to face each other in furious dog fights and daring missions. The innovative game system 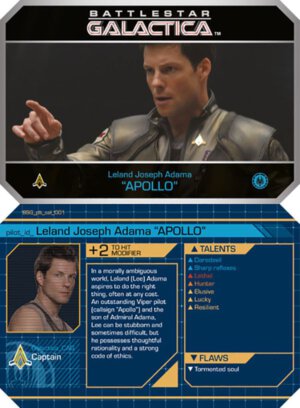 features easy-to-learn rules, a unique set of maneuver cards for each ship, and two exclusive devices—the control panel and the rotating miniature base. You will be able to relive exciting combat sequences from the TV series on your tabletop, just a few minutes after opening the box!

This starter set includes four beautiful, ready-to-play miniatures: two Colonial Vipers Mk. II (including Apollo’s Viper and his pilot card) and two Cylon Raiders, along with their special control panels, playing bases, and maneuver decks. Also included are combat rulers, spaceship cards, pilot cards, talent and flaw cards, asteroid and planetoid templates, and everything else you need to play. This starter set is a complete game, but it is also a starting point for the whole range of Battlestar Galactica: Starship Battles products coming soon from Ares Games. 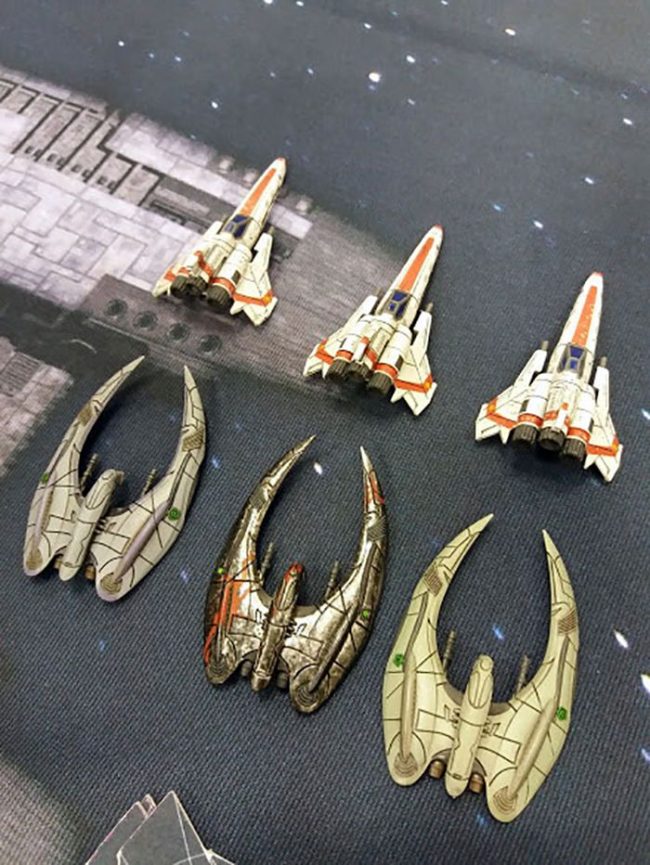