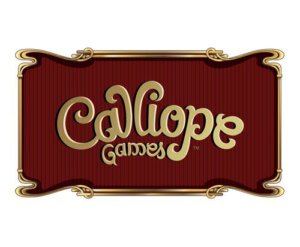 In a recent announcement, Calliope Games has revealed their intention to release nine new games designed to introduce non-gamers to our amazing hobby. They’re calling the line the Titan series as each Euro-style title will be crafted by a major name in the game industry.

When people say “I’ve been dying to tell you about X,” they normally don’t mean it, but I’ve gotten actual stomach pains from waiting to share news of this project with all of you. In the interest of my physical health and making your world a better place, Calliope is thrilled to announce that Ray has gathered a small herd of master game designers together to work on what we’re calling the Titan Series. Which designers, you ask? These designers: Rob Daviau, Michael Elliott, James Ernest, Matt Forbeck, Richard Garfield, Seth Johnson, Eric Lang, Mike Mulvihill, Paul Peterson, Mike Selinker, Jordan Weisman, and Zach Weisman.

In creating the Titan Series, these designers—who have brought us fantastic games such as Magic the Gathering, King of Tokyo, Mechwarrior, Heroclix, Marvel Dice Masters, Quarriors and many more—will turn their talents from in-depth Euro-style games to family-friendly “gateway” games. By bringing their exceptional talents to the gateway game genre, we hope to expand the tabletop hobby and bring more folks back to the table than ever before.

The Titan Series itself will be a line of nine games, released over the course of three years, and will be funded via Kickstarter. Games will be shipped directly to backers as they are released, after which they will be available in retail stores. Backers will be able to support the Kickstarter by pledging only one game; however, those who back all nine games will receive a sizable discount. Exciting backer awards will be announced soon.

We’re beyond excited about this project, and we hope that you are, too.