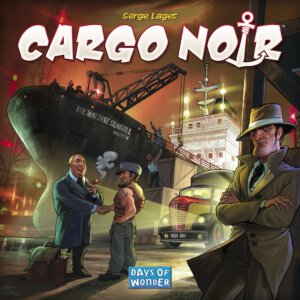 Today Days of Wonder unveiled Cargo Noir, a new board game created by Serge Laget. Cargo Noir is a game of illicit trading in which players run “families” who traffic in smuggled goods. The game takes place in the thrilling and evocative setting of 1950’s film noir. DoW teased gamers with a series of graphic novel-like videos over the past couple of weeks to whet the appetite. You can view the complete series here.

Little Hong Kong: Hour of the Tiger – Loaded with clandestine goods, a sampan glides through the dark waters of Aberdeen Harbour. It slips unnoticed under the bow of a British patrol boat whose crew seems more interested in sleep than watchfulness.

Cargo Noir is a game of illicit trading in which players run “families” who traffic in smuggled goods. Designed by Serge Laget, the game takes place in the thrilling and evocative setting of 1950’s film noir. 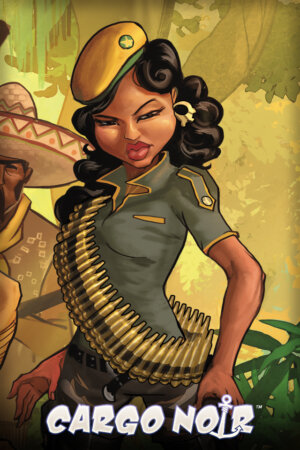 Game play revolves around a changing set of notorious smuggling ports around the world, each filled with contraband. Players dispatch cargo ships loaded with gold to these ports – hoping to acquire goods that will later be traded for Victory Spoils.

Cargo Noir is quickly learned, but offers many routes to victory; and is the rare trading game that works equally well with 2 players as well as more.

Game play in Cargo Noir revolves around a changing set of notorious smuggling ports – Hong Kong, Bombay, Rotterdam, Panama, Tanger, Rio, Cape Town, New York and Macao – that are filled with various types and quantities of contraband. Players dispatch cargo ships loaded with gold to the ports that hold cargo they desire – hoping that it will be enough to snatch the goods away from any opponents. The acquired goods are then stored in the player’s warehouses until enough is accumulated to create valuable combinations to trade away for Victory Spoils.

“Everything in Cargo Noir grew from a core auction mechanism that is simple and trivial to explain – you can only bid up, and the last bidder standing gets the goods,” says designer Serge Laget. “After that game development focused on three areas: fine-tuning the balance so there were always multiple paths to victory; making sure the game shines with two players as well as with five; and finding a theme that would be evocative with a feel that is very different from most other auction or trading games – a Sheep for two Woods it ain’t!” 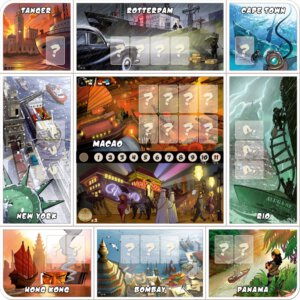