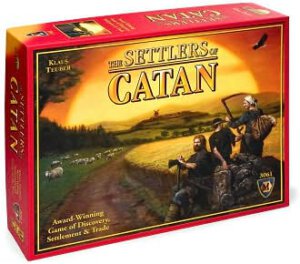 Bill Fogarty of Mayfair Games shared this bit of news with us earlier today:

(Plant City, FL) – The Worldwide Catan Championship Tournament will take place in Burg Wildenstein Castle, Leibertingen, Germany from Friday, September 17 through Monday, September 20, 2010. This event will bring together the winners of regional and national Catan tournaments from around the world. The winner will be the Worldwide Catan Champion for the next two years. This is the first time that the WWCC has been held in a medieval castle.

Retailers and conventions across the United States and Canada are and will be hosting North American Catan Championship Qualifiers throughout the end of 2010 and the first six months of 2011. The winners of these qualifier tournaments will attend Gen Con Indy in 2011 to compete in the NACC Tournament; the winner of the NACC Tournament will receive an invitation to attend the 2012 Worldwide Catan Championship tournament. Stores are invited to contact Jim Miles, Mayfair Games’ Event Manager ([email protected]), for more information on hosting a Qualifier.

Mayfair Games, founded in 1981, is an independent publisher of high quality games designed for gamers and family play.