The 2017 Origins Awards dinner was held on Saturday night, at the 2017 Origins Game Fair obviously enough, and there were plenty of excellent titles in the running for the coveted “Callie.” Of course, as with most gaming awards, the debates about the winners began moments after the announcements but it’s hard to argue that this year’s nominees weren’t a deserving bunch. A big TGG congrats to all the nominees and a huge tip of the old gamin’ cap to the winners!

Game Accessory of the Year 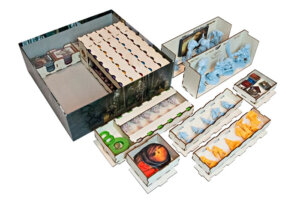 Be prepared for Ragnarök with our official Blood Rage organizer and keep your game from ending up in Valhalla!  Our most ambitious project to-date, the Blood Rage organizer not only holds all of the game contents, expansions and Kickstarter exclusives, but does it in a way that painted miniatures are protected during storage and travel.  Each miniature is suspended by it’s base so it does not come in contact with other miniatures.  Each clan has its own player tray engraved with the official clan logo and name.  Separate trays hold the monsters and gods miniatures.

In addition to protecting your game, our Blood Rage organizer will tremendously cut down on setup and teardown times leaving you more time to vanquish your foes!

Miniatures Game of the Year 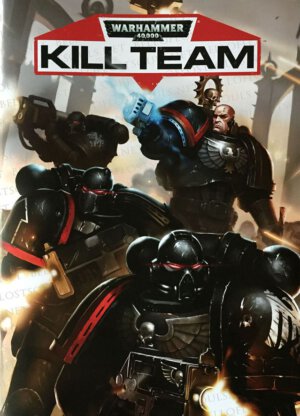 Organised into small, elite companies plucked from Space Marine Chapters that have pledged a tithe of their strength in the struggle against the alien, the Deathwatch counts only heroes amongst its ranks. Each member has been hailed as an expert in his field even before his training as a Deathwatch operator has begun. His armour painted the blackest of hues, his Chapter icon intact upon his pauldron as a mark of respect to the Chapter that made him, the Deathwatch Space Marine and his highly-specialised Kill Team descend to the edge of destruction, there to repel whatever dire threat they face.

This multi-part plastic kit contains everything necessary to assemble a Deathwatch Kill Team. There’s a massive amount of variety contained on these sprues – use the army builder rules in Codex Deathwatch to gear your Kill Team up for particular battlefield roles.

Family Game of the Year 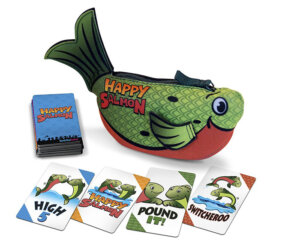 Happy Salmon is the simple, fast-paced card game packed to the gills with high-fivin’, fin-flappin’ fun. Actions including the classic “High 5”, the unifying “Pound It”, the frantic “Switcheroo”, and the delightful “Happy Salmon” will leave players doubled over in laughter. With so many mini-celebrations built into the play, it’s the happiest game ever!

Collectible Game of the Year 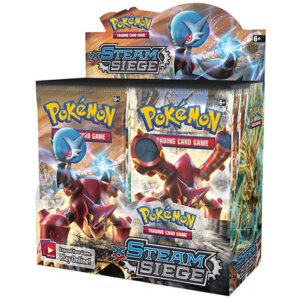 Gear up for new ways to battle! Take control of Shiny Mega Gardevoir-EX to lay siege upon your enemies. Wield the dual powers of fire and water with the Mythical Steam Pokémon Volcanion. Use dual-type Pokémon to open the way to new, powerful strategies, and battle with the incredible Xerneas BREAK and Yveltal BREAK…all in the Pokémon TCG: XY—Steam Siege expansion!

Roleplaying Game of The Year 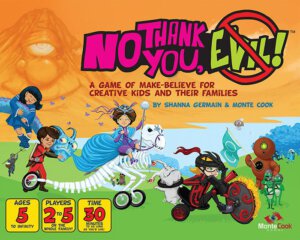 No Thank You, Evil! is a tabletop game of creative make-believe, adventure, and storytelling. In No Thank You, Evil!, each player creates a character based on a couple of cool, descriptive, imagination-firing traits. The Guide (a special role often played by a parent or older sibling) presents a dilemma, and the players set off on an adventure of the imagination. Along the way they use their character’s special skills, companions, and equipment to overcome obstacles. Maybe you’ll rescue a friend from Dragonsnot Falls, save the world’s biggest adventure park from an ancient curse, or fix Whizbang’s broken time machine before it’s too late! Whatever you choose, you’re sure to solve mysteries, gain friends, confront bad guys, and have a wild adventure!

Whereas conventional board games constrain players’ actions, No Thank You, Evil! sets kids’ imaginations free: Their options are limited only by their creativity. Together, the players create a story as they work together to make their way through the adventure!

Card Game of the Year 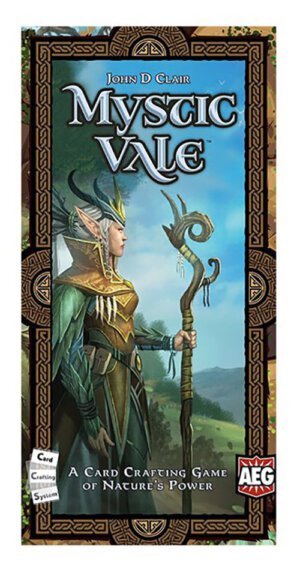 A curse has been placed on the Valley of Life. Hearing the spirits of nature cry out for aid, clans of druids have arrived, determined to use their blessings to heal the land and rescue the spirits. It will require courage and also caution, as the curse can overwhelm the careless who wield too much power.

In Mystic Vale, 2 to 4 players take on the role of druidic clans trying to cleanse the curse upon the land. Each turn, you play cards into your field to gain powerful advancements and useful vale cards. Use your power wisely, or decay will end your turn prematurely. Score the most victory points to win the game! 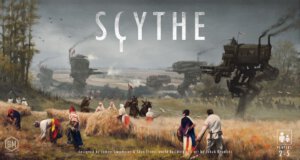 It is a time of unrest in 1920s Europa. The ashes from the first great war still darken the snow. The capitalistic city-state known simply as “The Factory,” which fueled the war with heavily armored mechs, has closed its doors, drawing the attention of several nearby countries.

Scythe (1-5 players, 115 minutes) is a board game set in an alternate-history 1920s period. It is a time of farming and war, broken hearts and rusted gears, innovation and valor.

Each player begins the game with different resources (strength, victory points, movement capabilities, and popularity), their choice of several faction-specific abilities, and a hidden goal. Starting positions are specially calibrated to contribute to each faction’s uniqueness and the asymmetrical nature of the game.

Scythe gives players almost complete control over their fate. Other than each player’s individual hidden objective cards, the only elements of luck are encounter cards that players will draw as they interact with the citizens of newly explored lands and combat cards that give you a temporary boost in combat. Combat is also driven by choices, not luck or randomness.

Scythe uses a streamlined action-selection mechanism (no rounds or phases) to keep gameplay moving at a brisk pace and reduce downtime between turns. While there is plenty of direct conflict, there is no player elimination, nor can units be killed or destroyed.

Every part of Scythe has an aspect of engine-building to it. Players can upgrade actions to become more efficient, build structures that improve their position on the map, enlist new recruits to enhance character abilities, activate mechs to deter opponents from invading, and expand their borders to reap greater types and quantities of resources. These engine-building aspects create a sense of momentum and progress throughout the game. The order in which players improve their engine adds to the unique feel of each game, even when playing one faction multiple times.