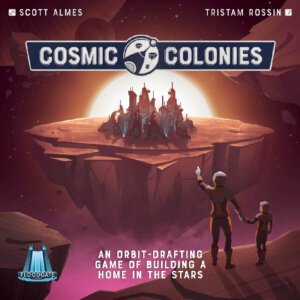 Designer Scott Almes and Floodgate Games have released a new family friendly, science fiction game. In Cosmic Colonies, players will compete to expand their colonies by clever use of a rotating cast of workers. The game is for one to five players, ages 13+, plays in around 30 to 45 minutes, and carries an MSRP of $44.99.

An Orbit-drafting Game of Building a Home in the Stars. A tile placement, resource management game where players build a home on their own asteroid. Worker cards rotate around the table after being selected.

Asteroids blast through the cosmos… each one packed with possibilities.

One may be your perfect new home, but it takes a stellar team to build a cosmic colony.

Players must leverage their workers’ unique abilities to gather resources and construct new buildings while cleverly expanding their colonies. Each round brings new opportunities—and new talent. Your old workers will blast off to other players, while their workers orbit around to join your team!

Using clever planning you can build the best celestial city to shine the brightest in Cosmic Colonies! 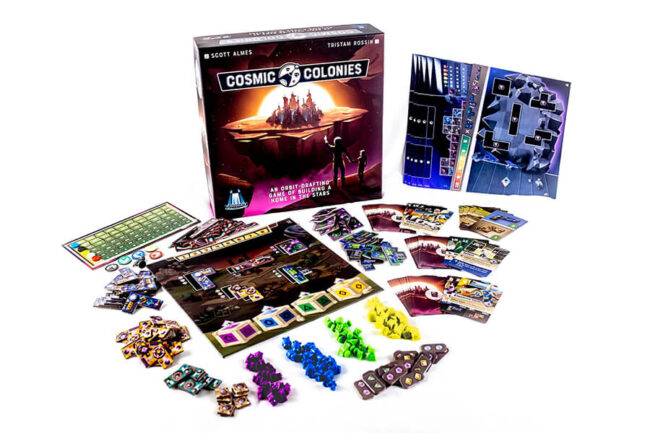