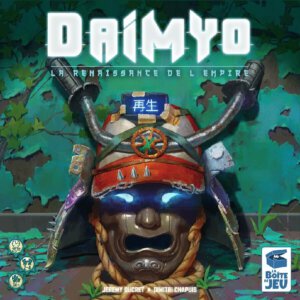 Next month will see the release of the science fantasy board game Daimyo: Rebirth of the Empire from La Boîte de Jeu. In the game, designed by Jérémy Ducret, players will lead their clans across a post-apocalyptic archipelago as they look to increase their popularity and power. Daimyo: Rebirth of the Empire is for two to four players, ages 14+, plays in 30 to 60 minutes, and will carry an MSRP of 50 Euros or approximately $60.00.

Long after the end of the Time of Man, the few remnants of humanity have newly retaken the world, treading on the ruins of ancient civilizations.

Within the Archipelago of the 6, the Clans live according to an absurd reinterpretation of Bushido. You are a Daimyo, a leader of a Clan, and you want to become the new Emperor of this archipelago.

To do this, you must gain Popularity! Send your Governors to influence the local populaces, but they must remain wary of assassination by deadly Shadows while your Scavengers unearth glorious Relics from long ago. Seize control of this archipelago with the help of the new Heroes of this world!

OBJECTIVE
In Daimyo you are the leader of a Clan, striving to become Emperor. At the end of the 5th round, the player who has accumulated the most Popularity points (PP) will be proclaimed Emperor. 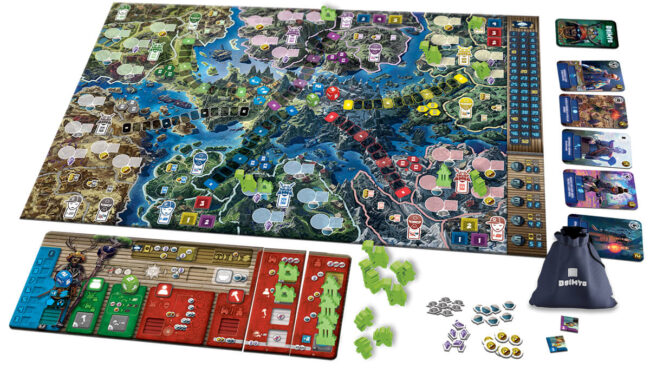